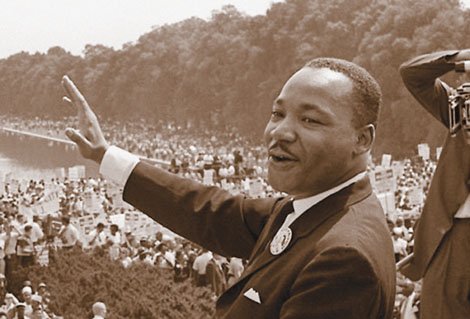 The Rev. Martin Luther King Jr. at the Lincoln Memorial for his "I Have a Dream" speech during the March on Washington for Jobs and Freedom. The Aug. 28, 1963 march was organized to support civil rights legislation, and end segregation and job discrimination. AP Photo