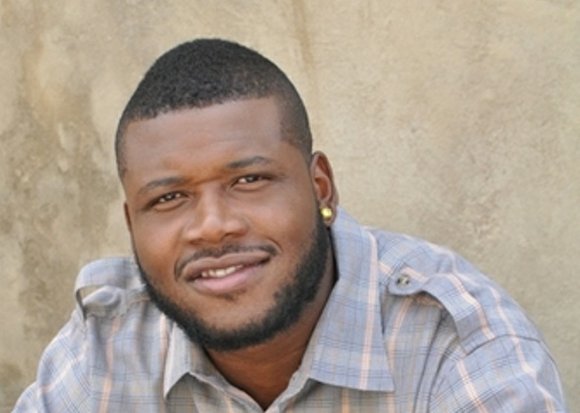 What is the significance of Black History Month to you?

“It’s the celebration of everyone who paved the way for me to be able to do the things I’m doing today. To me, every day we move forward is a celebration of the things African Americans have done to make progress. This is just the month where we officially take time to celebrate all of the great achievements.”

What was the most poignant moment in black history for you?

“That’s really hard to answer since there are so many moments. I think I would be doing in an injustice if I were to label just one. There are too many pivotal moments to be able to pick just one.”

Growing up, who were the African-American icons that you looked up to for inspiration and why?

“The most obvious ones that I looked up to were Martin Luther King Jr and Malcolm X, for their leadership and for being able to unite people and get them focused. Even though both had different ideas fundamentally, they were able to get people to come together for the greater good.”

Where do you see the direction of black history?

“I still think we have a lot of history to be made. Our story is never done. There’s always somebody that will make a difference every day.” 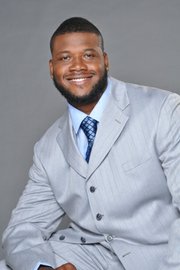 A self-proclaimed “country boy” from South Georgia, NFL veteran and philanthropist Marcus Stroud remains humble and grateful for his experiences during and after the NFL. Marcus was the 13th overall pick in the 2001 draft and played for 10 years in the NFL for teams such as the Jacksonville Jaguars and the Buffalo Bills.

“I started playing football my junior year of high school,” said Marcus. “My goal was to go to college and obtain a degree first, and if I was fortunate enough to make the NFL, it was a bonus.”

His talents and leadership were quickly recognized. As a high school senior, Marcus was selected to grace the cover of Sports Illustrated in 1996, when he committed to play college ball at the University of Georgia, UGA. Marcus graduated with his bachelor’s degree and remains a proud member of Phi Beta Sigma, a predominantly African-American Fraternity.

After being drafted by the Jacksonville Jaguars, Marcus made a name for himself as a rising Defensive all-star. He successfully earned a trip to the NFL Pro Bowl for three consecutive seasons.

In 2008, Marcus was traded to the Buffalo Bills and became one of the team’s integral defensive talents. He worked hard to become the starting Defensive Tackle where he became one of the most dominant and versatile players until 2011 when he signed with the New England Patriots. In June 2012, Marcus signed a 1-day contract with the Jacksonville Jaguars to retire as a Jaguar.

“It was a no-brainer. [Jacksonville] is where I played most of my career and it was where I had most of my success,” said Marcus. ”Even though I embraced other teams like the Buffalo Bills, I’ll always be a Jaguar for life.”

Marcus has not only accomplished great success on the football field, but he also has a passion for entrepreneurial endeavors off the field.

“I just obtained my graduate degree, and now I’m studying to get my insurance license,” Marcus said. “I’m still trying to keep my options open, perhaps get into broadcasting one day.”

Given his successful career, Marcus also realizes the importance of giving back to the community. He has contributed countless hours to charity and in 2007, he established the Marcus Stroud Charitable Foundation to assist under-privileged youth in low-income single parent homes. The mission of the foundation is to raise support by improving and enriching the lives of under-privileged children by offering various academic and athletic programs otherwise unavailable to them.

“A lot of people helped along my journey, and I wanted to pay it forward and give back,” Marcus said. ‘it’s evolved so much, it’s now at the point where [the foundation] is about bringing awareness to the childhood obesity problem,” said Marcus. “It’s one of my focus and goals right now.”

An elite yet humble athlete, business-savvy yet philanthropic entrepreneur, Marcus continues to make impacts on and off the field.