'Inside Llewyn Davis' rich in storytelling and music 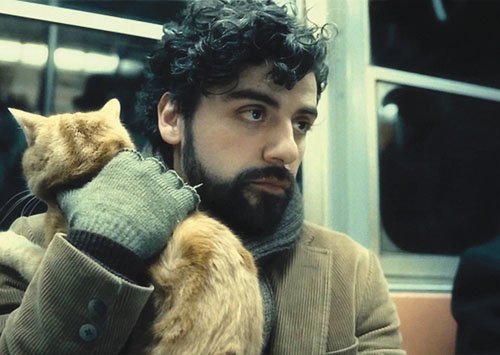 Directors, writers and producers Joel and Ethan Coen have another hit with ‘Inside Llewyn Davis’ their feature film about the struggles of a young folk singer (played by Oscar Isaac) who navigates the Greenwich Village folk scene of 1961. CBS Films

I suspect it will help one's enjoyment of "Inside Llewyn Davis" to have an understanding and appreciation of how the directing/writing/producing brothers Joel and Ethan Coen approach the art of filmmaking. I'll begin by placing myself quite firmly in their fan club, which may hurt or help my credibility depending on where you stand, but it will help me explain why this belongs among my favorites of their many wonderful films.

Although Coen films vary in tone from broadly comedic (Raising Arizona; O Brother, Where Art Thou?) to melancholy (A Serious Man) or bleakly violent (No Country for Old Men), the brothers ground each in a very particular time and place in American culture, and that time and place is rendered with such specificity and care that it feels like a character in its own right.

For "Inside Llewyn Davis," that time and place is the folk music scene of Greenwich Village in 1961.

As a musician, Llewyn Davis fits into a very specific space inhabited by young folk singers who were drawn to a kind of authenticity they found in traditional music, just before singer-songwriters (beginning with Bob Dylan) took that form to a different and social-movement-sized place. Reacting against the too-sunny music popular during the Eisenhower era, musicians like Davis gravitated to solemn old songs that spoke of toil and struggle, and sought to render them faithfully.

That background (much of which is captured in a wonderful set of articles on the film's website) is helpful but not necessary to appreciating the film. As with most of the Coens' films (save for The Ladykillers, which I found largely unwatchable), Inside Llewyn Davis is packed with rich details and nuance that deepens with repeat viewings -- but all you really need to know is that this particular slice of Americana, occurring in a time of cultural transition, serves as a rich setting for a meditation on the tension between authenticity (whatever that is) and commercial success.

Like all the Coens' protagonists, the title character is flawed and in some ways doomed -- but to me, he is one of their most resonant. As beautifully realized by Oscar Isaac in his first major film role, Llewyn Davis is a handsome and talented purist who is eking out a meager existence playing in small clubs and steadily wearing out his welcome on the couches of friends and acquaintances.

He disdains most other musicians because they don't meet his standards of artistic integrity, and is himself the target of similar disdain by a jazz musician, a beat poet, and an "early music" scholar. To some extent, he creates his own bad luck with arrogance, thoughtlessness, and impulsive decisions; a bitter former lover remarks that he is like "King Midas's idiot brother" because "everything you touch turns to shit."

But not when he performs. His voice carries a pure soulfulness that could break your heart, and his renditions of sorrowful old ballads surge from a genuine place.

One especially telling scene contains the contradiction that plagues him. Having traveled all the way from New York to seek out a Chicago producer who might be able to boost his prospects, he asks for an audition and is invited to sing something that demonstrates what is "inside Llewyn Davis" (as his non-selling album promises to deliver.) He chooses to sing "The Death of Queen Jane," a bleak old tune about a woman's death in childbirth, which he delivers with wistful sweetness, leaving a bit of his soul on the empty stage. The producer responds, "I don't see a lot of money here." Davis doesn't connect with audiences enough to make it as a front man, in his estimation.