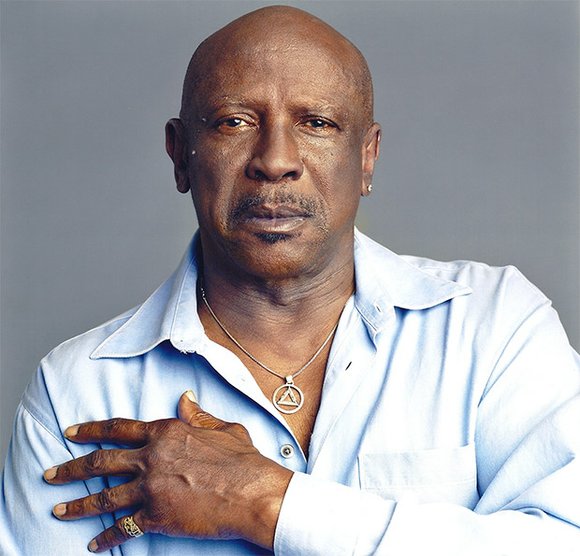 Born May 27, 1936 in Brooklyn, NY, Lou has a flair for projecting quiet authority and has scored well personally in a string of diverse and occasionally challenging roles.

The aspiring actor caught a break at his first Broadway audition for “Take A Giant Step” (1953), where, beating out 400 other candidates, the then 16-year-old landed the lead.

His acting career soon flourished and his work in the stage and film versions of the groundbreaking drama about African-American family life in Lorraine Hansberry’s “A Raisin in the Sun” (1961) proved a watershed. This led to numerous appearances on network series in the 1960s and 70s culminating in 1977, when he picked up an Emmy for his eloquent portrayal of Fiddler in the landmark ABC miniseries “Roots”.

Meanwhile, his big screen reputation grew with critically acclaimed work in such comedies as “The Landlord” (1970) ”The Skin Game”(1971) with James Garner, “Travels with My Aunt” (1972) and the film adaptation of the Tony Award-winning drama “The River Niger” (1975). A riveting performance as a drug-dealing cutthroat stalking Nick Nolte and Jacqueline Bisset in “The Deep” (1977) catapulted him to wider popularity, but the tough by-the-book drill sergeant in “An Officer and a Gentleman” (1982) won him a Best Supporting Oscar that consolidated his place in the Hollywood hierarchy.

Following his Oscar, he made numerous big screen and television appearances ,being singled out for his work as Egyptian president Anwar Sadat in “Sadat”(1983), the sci-fi adventure “Enemy Mine” (1985) where his lizard-like makeup won kudos, and in the action adventure series “Iron Eagle” (1985,1986,1992,1995) which introduced him to a whole new generation of moviegoers.

Lou’s well thought out and nuanced performances also managed to give credibility to socially themed projects such as “To Dance with Olivia” (1997), and the critically acclaimed “Jasper, Texas” (2003)

The recipient of every known acting accolade, including multiple Golden Globes, Emmys, and People’s Choice Awards, Lou’s performance has connected him with his fans on a global scale. Organizations such as the NAACP, CARE, and the United States Armed Forces have used his likeness to add validity and integrity to their causes.

Recently, Lou was the new lead on the popular science fiction series “Stargate SG-1” introducing him to a new generation of fans worldwide. Lou has also developed the Eracism Foundation, a nonprofit organization aimed at creating entertainment that helps bring awareness and education to issues such as racism, ignorance, and societal apathy.*