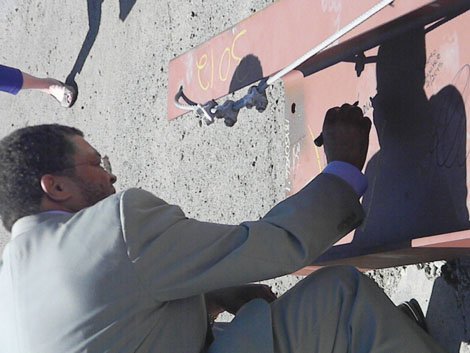 Portland Community College Cascade Campus President Algie Gatewood autographs the last iron beam installed for the campus' new academic building. The signing was part of a tradition by ironworkers called "topping out," which symbolizes that a new structure has reached its ultimate height, and that the iron work was completed without injury to any of the workers. The new building is part of the campus expansion funded by a 2008 PCC bond measure, and is scheduled to come online in 2014.