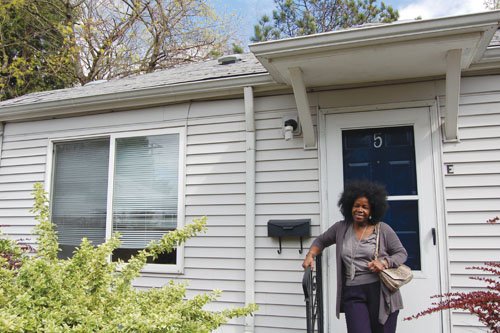 Portland Community Reinvestment Director Maxine Fitzpatrick works to increase affordable housing choices in the inner city. She visits a property at 4064 N.E. Grand Ave. where she’s trying to get the green light from the Portland Development Commission to redevelop the site into a multiple housing unit for seniors. She is hopeful Mayor Charlie Hales’ recent proposal of $20 million in additional monies for building more affordable housing units in north and northeast Portland will help fight displacement, but says it by no means is a cure to gentrification. Photo by