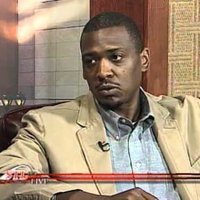 I flew into St. Louis on Saturday, Aug. 9, to celebrate the birthdays of my mother and nephew and immediately learned about Mike Brown, a soon-to-be college student who was fatally shot by Ferguson, Mo. police. As my community and I struggle to make sense of this recent murder, I cannot help but think of the structures of racism and violence in America and how they perpetuate police brutality against black Americans. Police brutality is a national crisis, but the underlying structural violence - racism, economic injustice and militarism – is a national epidemic.

Disproportionality in police use of force against black Americans persists and cannot be tolerated. An April 2013 report prepared by the Malcolm X Grassroots Movement found that killings of black Americans by “law enforcement, security guards and stand-your-ground vigilantes” have increased from one every 36 hours, in the first half of 2012, to one every 28 hours by the end of that year. This appalling statistic is rooted in structural racism that systematically excludes persons of color from opportunities and perpetuates negative stereotypes.

In their 2006 book, The Color of Wealth: The Story Behind the U.S. Racial Wealth Divide, Meizhu Lui and Barbara Robles illustrate this continuing, race-oriented, systematic exclusion of Americans of color from opportunities that are supposed to build an individual’s wealth - business loans, employment opportunities, mortgages and G.I. benefits, for example. BBC News’ 2012 mini-documentary, “The Delmar Dividing Line,” illuminates how the structural violence of impoverishment in St. Louis, Mo., continues to fall along racial lines with blacks in the North with low incomes and whites in the south with significantly higher incomes - a separation reminiscent of the 19th century.

In a society where wealth brings respect, these economic injustices translate into social, cultural and institutional views of blacks as lazy and morally inferior. In addition, the black community is often framed as violent and animalistic, as illustrated by a recent CNN video of a protest in Ferguson, where a police officer shouted, “Bring it, all you fucking animals!” Perspectives like these serve to perpetuate structural racism and justify violence against the black community as people who should be feared.

In his August 4, 2014 article for Gawker, Jason Parham argues that police brutality should finally be considered a national crisis. While I agree, we should go a step further and address our national epidemic of structural violence. With increasingly militarized police departments throughout the US, supported and influenced by a government that uses violence to police the world, our city streets are battlegrounds. With structural racism’s harmful, dehumanizing images, the enemy insurgents are black.

How should we respond to this national epidemic and the murder of Michael Brown? In dealing with the immediate issue, protesters and the family of Michael Brown want his killer immediately arrested and tried in court. This may happen, but while the motto on most police cars is protect and serve, there is an overwhelming sense in communities of color that police often simply protect their own.

In the short-term, as a start, we should require police to wear cameras on their uniforms. A 2013 Cambridge University study found that body cameras for police in Rialto, Calif. reduced the use of force by 50 percent. We should pursue greater community involvement in, and oversight of, policing. Further, we need to create policies that reward those who have taken mediation and nonviolence training and who demonstrate empathy and commitment to the communities they serve.

Most importantly, in the long-term, we need restorative justice programs and processes enabled in communities across the nation. Restorative justice processes can open dialogues between police and their communities and lessen the friction and false images that lead to Brown’s murder--or Eric Garner, or Oscar Grant or Kendra James or Jonathan Ferrell or James Perez or any other unarmed young black person unjustly killed by police who have been primed and pumped up to use lethal force against perceived but nonexistent threat.

David Ragland, writing for PeaceVoice, is a visiting Assistant Professor of education at Bucknell University, board member for the Peace and Justice Association and United Nations representative for the International Peace Research Association.