Real tragedy is lack of empathy for humanity 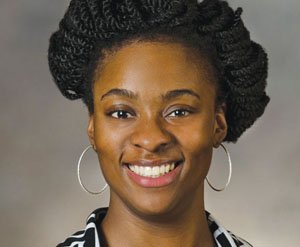 Tension is high and trust is low. Events in Ferguson have uncovered deep seated issues of race and class in America. The city of Ferguson belongs to America and the trauma that has fallen on Ferguson is America’s trauma.

Fundamental childhood lessons can assist in framing and perhaps understanding Ferguson. Let’s start with the concept of inclusion. Recall childhood - find yourself at the playground and teams are being selected for kickball. Remember what it felt like to not get picked. There were typically two responses to not being selected; 1) your self-esteem was lowered or 2) hurt feelings, exclusion and anger contributes to acting out aggressively. Certainly, you can recall a time like this that impacted your childhood experience.

It is not my objective to oversimplify an exceedingly complex situation in Ferguson, but everyone can identify with what it feels like to not be included. Now let us broach another universal feeling, that of fear. Fear is a natural and universal response to threat and or perceived threat.

Have we considered that this is the state (traumatization) in which the people of Ferguson find themselves?

The real tragedy here is the lack of empathy for humanity – we are talking about children and families, people, fellow Americans.

The solution – the people of Ferguson must be seen as a vital part of humanity. They must be treated with respect and dignity. They must be heard and understood. A trauma-informed approach must be applied – being trauma-informed means that one can understand the impact of fear and trauma. Understanding fear and trauma expands the capacity for empathy and humanity is the centerpiece.

When the lights are out; cameras are gone and America moves on to the next crisis, what will be the strategic solution for peace and keeping humanity as the flagship in Ferguson?

One solution is to employ trauma-informed approaches with the community of Ferguson. These steps should include the developing greater capacity for empathy – we can all identify with fear and not being included.

Resources should go to the community to improve living conditions for the people of Ferguson. It’s important to establish a greater sense of community and work towards the goal of inclusion in the political, social and economic milieu of Ferguson

There should be a change in how we ask questions: Don’t look at what is wrong with Ferguson, it is more powerful, meaningful, and transformative to ask what happened to Ferguson.

Ferguson should employ a community policing model. The police of Ferguson must get to know the people, it’s about basic humanity.

It’s also important to understand what impacts one part of America, impacts all of America. Dr. Maya Angelou said it best: “We are all human; therefore, nothing human can be alien to us.”

Dr. Alisha Moreland-Capuia is a physician and the chief medical director for Volunteers of America Oregon. She is the director of the Avel Gordly Center for Healing, an assistant professor of psychiatry at OHSU and the former director of Healing Hurt People in Portland, Oregon