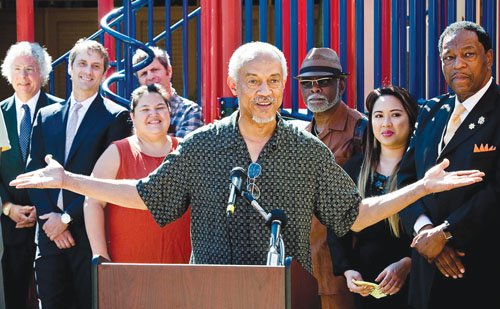 Thanks to an $18 million investment, five existing Albina Head Start and Albina Early Head Start program properties in Portland will be able to refinance, offsetting some of the organization’s debt burden, and freeing up resources to expand other services in the process.

With $10 million in federal monies and $8 million from the state, New Markets Tax Credits will allow the low-income advocacy organization to boost such services as free preventative dental care for children and pregnant mothers, support an in-house health team that focuses on high school and college students working towards degrees in related fields, and a Madarin Chinese immersion program among others.

Albina Head Start Executive Director Ronnie Herndon said the investment will save the program hundreds of thousands of dollars annually.

“That money will enable Albina to give better service to the children and families we serve,” he said

Though the New Markets Tax Credits expired earlier this year, Wyden says he is working on passing an extension.