Workers who deserve to live without fear of deportation 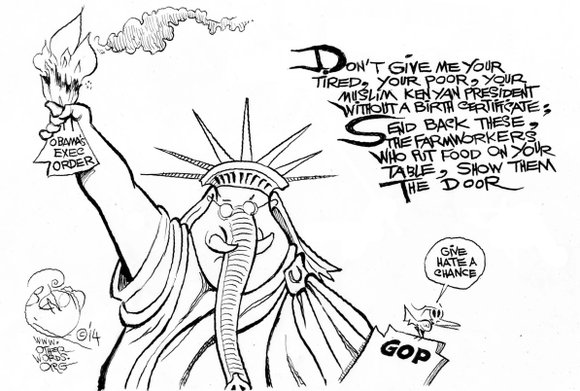 Inocencio Vernal has picked broccoli, sweet potatoes, corn, and celery in U.S. farms for more than 25 years. This holiday season, you might end up feasting on the fruits of his labor.

Yet Vernal, like 53 percent of farmworkers, is undocumented. This means that he can’t pick your vegetables legally, travel to Mexico to visit his ailing family members, or even drive a truck without fear of deportation.

Undocumented workers aren’t the only ones who suffer because of our broken immigration system. Thousands of U.S. citizen children live in fear of losing their parents due to immigration enforcement operations.

Their fears are rooted in reality. Immigration and Customs Enforcement deported more than 72,000 parents of U.S.-born children last year. As a result, over 5,000 U.S. kids landed in foster care.

Diane Guerrero, an actress in the hit series Orange Is the New Black, experienced this painful kind of separation herself. When she was 14, the U.S. government deported Guerrero’s parents, and she wound up living with family friends.

“It’s tough,” she told CNN. “It’s like we’ve been separated for so long, I feel like sometimes we don’t know each other… And there are things about them that are new that I don’t recognize, and it just — it hurts.”

With Congress stonewalling on immigration reform, stories like these inspired President Barack Obama to tackle the broken immigration system on his own.

In 2012, Obama took the first steps by giving 1.2 million undocumented teens and young adults temporary work permits and a reprieve from the threat of deportation. Applicants were only eligible if they’d arrived here before June 2007 and before they turned 16.

That program, known as Deferred Action for Childhood Arrivals, is still in force.

Obama’s latest executive action simply extended that reprieve to the law-abiding parents of U.S. citizens and permanent residents who have lived here for at least five years. He also widened the criteria for deferred action eligibility and made it easier for the spouses of lawful residents to get a green card.

High-tech foreign workers will also benefit from the executive action. Foreign students who graduate with a Science, Technology, Engineering and Mathematics degree will get more opportunities to work here after graduation, and foreign entrepreneurs will find it easier to establish U.S. businesses.

All told, these measures will grant about 5 million undocumented immigrants the right to legally work and live in the United States for the next three years. And they will make life easier for thousands of foreign workers.

Although I applaud Obama’s executive action, I don’t think it goes far enough.

Farmworkers like Vernal, who have made significant contributions to their communities for most of their lives, don’t qualify for reprieve unless they’ve lived in the United States for five years and have kids who are U.S. citizens or permanent residents with green cards.

In addition, Obama’s fix is temporary and provides no path to citizenship.

“I don’t have the authority to do some really important reforms,” Obama admitted. “We should be creating new programs for farmworkers… adding visas for the high-tech sector… creating a pathway to citizenship. But only Congress can do that.”

This is a nation of immigrants. Congress must stop dawdling and start addressing the immigration crisis. 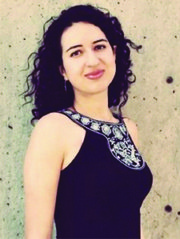 Diana Anahi Torres is the New Mexico Fellow at the Institute for Policy Studies in Washington, D.C.