Activists to march for police reforms 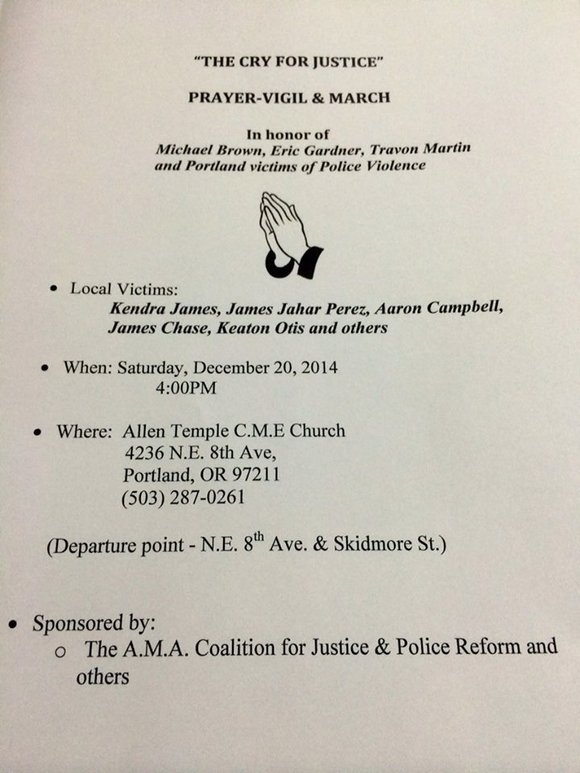 The Albina Ministerial Alliance for Justice and Police Reform will lead a prayer vigil and protest march through north and northeast Portland Saturday in memory of victims of police shootings, both in Portland and across the country.

Supporters will gather at 4 p.m. at Allen Temple Church, 4236 N.E. Eighth Ave., where an inter-faith coalition of clergy will lead prayers. The participants will then march along Martin Luther King Boulevard, before ending at the North Skidmore Street I-5 overpass where Kendra James was killed by police in 2003. All participants are asked to wear black as a symbol of mourning and respect.

The AMA Coalition will highlight its goals for justice and police reform, including a federal investigation of the Portland Police Bureau, the strengthening of powers to compel testimony before the Independent Police Review Division and the Citizen Review Committee; a full review of the Police Bureau's excessive force and deadly force policies; a narrowing of state law allowing deadly force by police officers; and establishing a special prosecutor for police excessive force and deadly force cases.