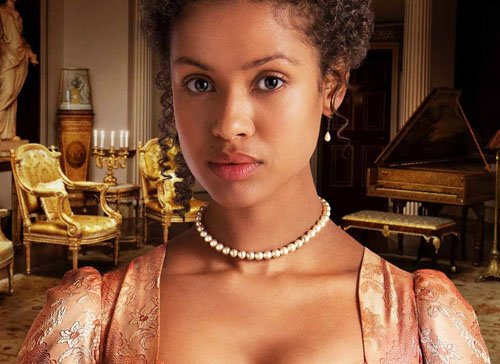 Gugu Mbatha Raw stars in the critically-acclaimed feature Belle, one of the first attractions presented during the Portland International Film Festival, scheduled for screening on opening night on Thursday, Feb. 6. The festival runs through Feb. 22.

It's time for one of Portland’s highlights of the year: The Portland International Film Festival.

For the last 37 years, the Northwest Film Center has been hosting PIFF and its diverse array of films to screen over two glorious weeks in February. It's such a brilliant opportunity to see films from all over the world, most of which you won't ever see in wide release and many of which may be hard to find after the festival runs its course.

Nearly every year at least one and often several films from PIFF end up on my list of the best films of the year.

This year, there will be more than 125 films on offer, with screenings at the Film Center's Whitsell Auditorium inside the Portland Art Museum, the Empirical Theater at OMSI, Cinema 21, Cinemagic, World Trade Center, and Regal Fox Tower. I'll be blogging the highlights as my time allows (opinionatedjudge.blogspot.com) and will include some reviews in this column throughout the festival as well.

Advance tickets are available for specific shows, and passes are also available that get you into unlimited shows. You can check out all the details at nwfilm.org. It pays to buy your tickets ahead of time and line up at least a half hour ahead for each show, as a surprising number of films sell out.

The previews I've seen so far offer some good choices:

At the beginning of "Young and Beautiful," a lovely and privileged French teenager diffidently yields her virginity to a boy who barely interests her while on vacation the summer she turns 17. Within a few weeks of her return home in the fall, she assumes a secret life as a high-priced prostitute. The film is a compelling exploration of female psychology that resists any temptation to explain or moralize; rather, its opaque lead (in a brilliant performance by newcomer Marine Vacth) keeps you wondering at what drives her: Curiosity? Boredom? A desire to take control of her sexuality? The culmination of the film's exploration of these questions is quite moving. (Plays Saturday, Feb. 8 and Monday, Feb. 10.)

The title of "Ilo Ilo" translates to "Mom and Dad are Not at Home," and this film perceptively depicts domestic realities that are both universal and also specifically grounded in its late-1990s Singapore setting. The story involves a working class couple who, despite their economic struggles, somehow have enough money to hire Terry, a nanny/housekeeper from the Philippines, to help them manage their lives and their incorrigible 10-year-old son Jiale. The film is very insightful about the slights and struggles that Terry endures from Jiale until she wins him over; and also from the mother, who resents the growing bond between Terry and Jiale and indulges her own need to assert her superiority over Terry. The first-time director of this film has a wonderful way of conveying the complexity of ordinary folks who often behave badly but are not bad people. (Plays Saturday, Feb. 8 and Tuesday, Feb. 11.)

The fascinating story of "Mary Queen of Scots" is almost too complex for film treatment. Crowned as an infant in Scotland, she was embroiled in baffling political turmoil literally from birth, spent much of her childhood in France, and had a claim to the royal title in three countries over the course of her doomed life. This Swiss-French co-production doesn't give you much background, so it wouldn't hurt to look up the outlines of the story before you watch. In some ways, though, the confusion is the point; the vantage of the film here is Mary's, and she had a baffling sort of existence, buffeted by religious and political rivalries that left her no good options. The young actress who plays her here, Camille Rutherford, captures the sense of a smart and lovely woman who actually was ahead of her time in some ways, but whose choices were always poisoned by forces beyond her control. (Plays Sunday, Feb. 9 and Saturday, Feb. 15.)

"The Wishful Thinkers" follows an aspiring young Spanish filmmaker as he sets out to make a film but doesn't yet have anything to say, so we get to watch him get drunk, go on dates, have pointless conversations with his friends, and wander the lovely city of Madrid. The movie may appeal to you if you want to meander through Spanish youth culture, and the camera work in this black-and-white film is at times quite lovely. (Plays Wednesday, Feb 12 and Sunday, Feb. 16.)

Don’t miss PIFF: It’s your opportunity to see films from all over the world, with audience members from all over the world. It almost doesn't matter what you see – the Portland International Film Festival is ready to surprise you with a variety of tastes and cultures. I love hearing Spanish, Japanese, French, Russian, Mandarin, and all manner of other languages being spoken, both onscreen and in the audience, in this great movie town, as folks come out to see their cultures reflected on-screen.