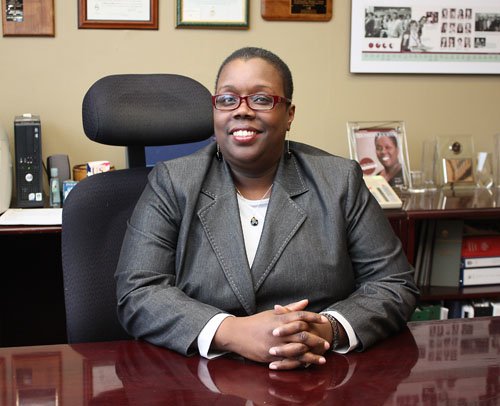 Judge Adrienne Nelson, the second female African American judge in Oregon, will share her story and give some advice on the discipline and dedication required for success during a Black History Month event at Portland Community College.

The centerpiece to Portland Community College's Black History Month celebrations is the inspiring journey of the Honorable Adrienne Nelson, a judge with the Multnomah County Circuit Court.

Judge Nelson, whose judicial appointment in 2006 made her the second female African American judge in Oregon, will share her story as well as the discipline and dedication required for success.

The free and open to the public event is at 6 p.m., Wednesday, Feb. 19, in the Moriarty Arts and Humanities Building Auditorium, Cascade Campus, 705 N. Killingsworth St. Seating for the presentation is limited and is on a first-come, first-served basis.

Prior to her judicial appointment, Judge Nelson was a public defender, an associate with Bennett, Hartman, Morris and Kaplan law firm, and the senior attorney/coordinator of the Portland State University Student Legal and Mediation Services.

She sits on the American Bar Association Commission on Disability Rights and is an Oregon State Bar delegate to the ABA House of Delegates.

In 2003, Judge Nelson received the Oregon Women Lawyers Judge Mercedes Diez Award for promotion of minorities in the legal profession and in the legal community. In 2011, Lewis and Clark Law School named her a distinguished honorary graduate for her mentoring and diversity activities at the school.