Some wonderful films get the attention they deserve 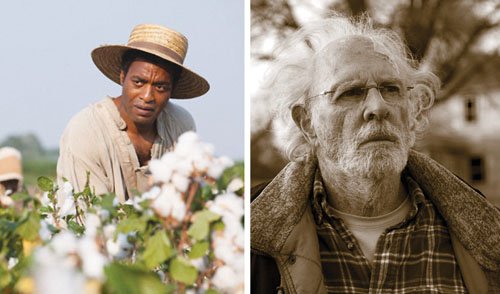 (left) Chiwetel Ejiofor stars as Solomon Northup in the film ‘12 Years a Slave,’ one of the top films of 2013. (right)Bruce Dern is a cantankerous old man who suddenly springs forth a fearsome determination in life in ‘Nebraska,’ the best film of 2013 as rated by our movie reviewer and Portland Observer columnist, Opinionated Judge Darleen Ortega.

This remarkable film is worth viewers' investment of time and presence; to watch it is to participate in a collective deepening of consciousness that we desperately need in order to make sense of our present circumstances. My full review is available at portlandobserver.com/news/2013/nov/06/12-years-slave.

3. American Hustle is the most entertaining film on my list. Here, David O. Russell finally pulls off the right combination of chaos and playfulness and a story that strikes notes that feel true even when the fun wears off. It is a positively rollicking blend of comedy, outrageous characters and fashions, an entertaining sort-of-true crime story, and some very astute observations about what motivates human behavior and about American society. It's one of the few times a film has attained nominations in all the major acting categories and each one is deserved.

Christian Bale is particularly a marvel, and I would give Amy Adams the award for best actress of those who were nominated (though Emma Thompson deserved to win and wasn't nominated). My full review is at portlandobserver.com/news/2013/dec/31/exactly-right.

4. Her, the last of my four best pictures, has the best and most original screenplay. Writer-director Spike Jones takes a science fiction premise that was full of pitfalls (a man falling in love with his operating system), and creates a believable universe that is emotionally challenging and philosophically engaging.

The film offers some perceptive suggestions about where our relationship with technology might well be headed -- but what I loved most was its insights about the nature of intimacy itself, about how and why people connect and what causes relationships to blossom and fade.

I expect that many will find, as I did, that this lovely and heartfelt film manages to hold a mirror up to longings and inner struggles that we mostly keep to ourselves. You can read my full review at portlandobserver.com/news/2014/jan/29/connecting-her.