"Chitlin’s From Slave food to Delicacy | The Black American Kitchen 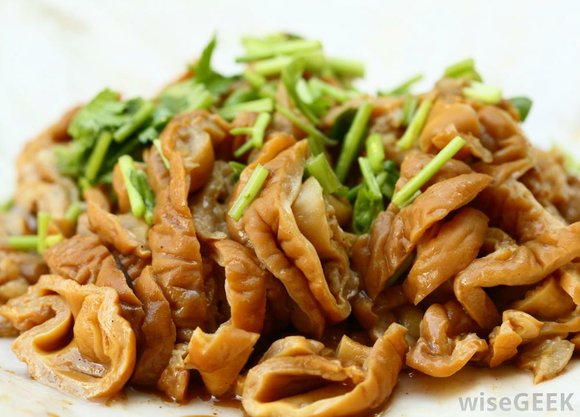 However you feel about them it is never dry or ho-hum. Either you love Chitlin's and the way that they taste or you cannot stand the smell or even the thought of what you may be eating. Everybody feels strongly one way or the other about the Southern Soul Food delicacy. Let's get into what they are where they came from and potentially where Chitlin’s are going.

Chitlin’s are a dish typically found in the American south, but they are prepared all over North America. They are essentially pig intestines.

They take a long time to clean and cook and are so labor-intensive that the presence of Chitlin’s are typically reserved for special occasions and the Holiday season. Chitlin’s are cooked either stewed/broiled or fried.

They are sometimes spelled and referred to as Chitterlings. While many people know of Chitlin’s from the Black Southern Palate, a form of Chitlin’s are actually prepared in most cultures including Europe, Asia and South America.

Most people of color believe that Chitlin’s were "invented" by slaves who received the last of the unwanted meat from the annual hog killings of their slave masters. We did the best with what we had and Chitlin's was one of the dishes that we made with the "extras." And this is partially true. Chitlin’s as well as bacon and other pig meat were given to slaves as the leftovers.

However, it is important to note that eating Chitlin’s and other animals intestines were not invented by slaves or even in America at all. American Black Slaves still held close to their West African heritage and rituals which included using intestines to be sacrificed to the gods, the Hausa actually eat the intestines of chickens. This highlights the fact that eating an animal’s innards is a signature of the West African Diaspora, not just an imposition of white slave owners. Please also note that many slave masters requested Chitlin’s as a dish to be prepared for them because eating an animal’s intestines is quite popular in Britain and France. So conceptually this dish is one that both slave and slave master were enjoying because it was a part of both of their cultures before they were in America.

Many Black Americans have discarded Chitlin's because of its tie to slavery.

"We can now eat what we want." Are our thoughts. While eating Chitlin's was very popular in the early 1900's they have been reduced to a ritual that some adhere to for family traditions but have been slowly taken out of our regular meals.

What about the smell?

Chitlin's smell because they have not been cleaned properly. The feces from the intestines must be removed for health reasons and because if you cook chitlin’s and they have NOT been cleaned-you will know. Here are a few ways to prepare Chitlin’s to maintain your homes pleasant scent:

Today Chitlin’s are seen as a delicacy by many and are expensive, but the number of Black American Kitchens that are preparing them are declining daily. The fact that many people of color are moving away from pork, the pungent smell and the difficulty of cleaning the meat makes this an expensive delicacy that we will not see in the American Black Kitchen moving into the next 100 years unless a major pivot in food occurs.

And that is the REAL story of Chitlin's!