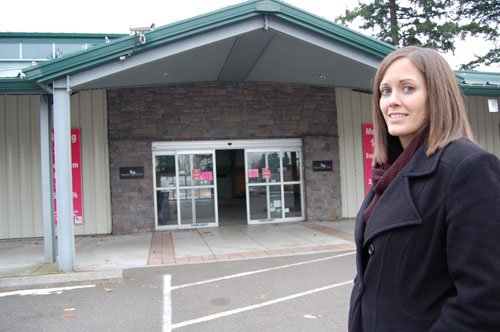 The Rockwood neighborhood in Gresham will soon become home to two of the most prolific youth-service programs in the country.

Both the Boys and Girls Club and Friends of the Children have partnered together to bring their respective organizations to sites within just blocks of each to serve an east Multnomah County population that has grown more challenged by economics and race.

The new Rockwood Boys and Girls Club will be stationed on 165th and Stark, which is in close proximity to East 162nd Avenue MAX Station. The club will be taking over the location of a former Drake’s 7 Dees garden center, providing 30,000 square feet of youth facilities including a full gymnasium on a 1.7 acre site.

Friends of the Children will take over the former Police Activities League community center on Northeast 172nd Avenue and Glisan Street. The non-profit will have 8,000 feet to operate out of with its already fully furnished gymnasium will remain intact.

According to Gresham officials, Friends of the Children is anticipating that by 2018 nearly 75 percent of its serviced youth will live east of 82nd Avenue.

In recent years an influx of working class people, including many minority and disadvantaged residents, have migrated past 82nd Avenue looking for alternatives to the higher property values and other costs associated with inner city neighborhoods impacted by the gentrification that followed economic revitalization and urban renewal.

Boys and Girls Club of Portland President Erin Hubert says this shift did not go unnoticed.

“It is a tremendous privilege to join hands with the city of Gresham and Friends of the Children to expand critically needed youth services to the Rockwood community,” Hubert noted.

This all comes as Traci Rose, a prominent front office person for the Portland Trailblazers charity Make it Better, assumed the position as Chief Communications Officer and Development Officer for Boys and Girls Club of Portland at the start of the New Year.

Rose has become a Portland area fixture with a 27-year record of helping service the community. From serving on the various community boards to assisting with the building of the new Doernbecher Children's Hospital, the construction of the McCormack Matthews Albina Head Start Center, and the development of the Blazers Boys & Girls Club in northeast Portland, she’s brings a lot of weight to her new organization.

Both the Boys & Girls Club of Portland and Friends of the Children are looking to raise donations from various community partners to launch the new Rockwood facilities by 2015, or 2016 at the very latest.

Construction of the respective buildings is planned to begin in the fall of this year.