An insult to freedom and justice loving citizens 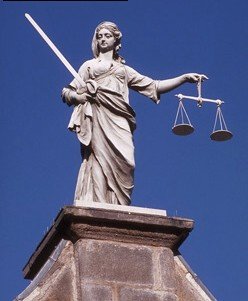 The Albina Ministerial Alliance Coalition for Justice and Police Reform opposes the city of Portland’s settlement with Police Captain Mark Kruger, which includes Mayor Charlie Hales and Chief of Police Mike Reese's decision to overturn two internal affairs investigations findings against the officer, one including his posting of Nazi-era German soldiers in a Portland park and the other retaliating against a female subordinate who'd filed a complaint against him.

In addition to having his record expunged, Kruger received vacation time to compensate him for 80 hours of discipline suspension and he will receive $5,000 in cash.

This settlement, stemming from a legal claim he filed against the city in 2013 rewards him for actions that are completely contrary to the vision of a diverse, accountable, just, community-oriented and transparent police bureau that is being sought by Portland's citizens and the U.S. Department of Justice. It abundantly rewards Kruger for detrimental actions against the city and the Portland Police Bureau and is an insult to every freedom and justice loving citizen.

The citizens of Portland remember the actions Kruger took in 1999 during a ceremonial service in which he honored five Nazi-era German soldiers, an act that harkened to worshiping Hitler and the Third Reich and the war they waged against humanity. Portlanders also remember the pending case of sexual harassment against Kruger brought by Lt. Kristy Galvan.

Furthermore, to add injury to the insult, the settlement Mayor Hales approved not only rewards Kruger but expunges his records of past complaints without going through the normal City Council process for controversial lawsuits and settlement agreements. This was further exasperated by Chief Reese writing a letter of commendation to be placed in Kruger's personnel file.

The citizens of Portland want to move as a progressive city for freedom, justice and equity. The decision by Mayor Hales and Chief Reese runs contrary to the image and direction of the City of Portland. Their decision shows insensitivity to those who have been victims of the Third Reich and their crimes against humanity as well as women who work in male-dominated professions.

This is not the direction the citizens of Portland desire to be reflected in their Police Bureau and their city.

Let the Mayor and Chief of Police send the right message to the citizens and every police officer that the past actions of Captain Kruger do not represent the City of Roses and let's support the Department of Justice’s proposed settlement agreement on police reforms and Judge Michael Simon's annual review of the agreement to help insure police accountability and justice.