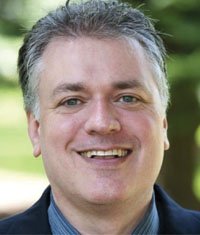 In 1965, President Lyndon Baines Johnson signed the Voting Rights Act into law. It was a landmark piece of legislation, arguably the strongest civil rights bill to ever pass into law in the United States.

Unfortunately, in 2014, we still have to defend it.

The U.S. Supreme Court ruled last year that Congress has used obsolete information in continuing to require nine states to obtain federal approval for changes to voting rules that affect minority voters. In lay speak, this means that those states no longer have to get approval from the federal government before they adjust their voter laws.

Almost immediately, an onslaught of red states took action to make it harder for minorities to vote.

In response, Secretary Clinton gave a forceful speech to the American Bar Association condemning the practice and urging Americans to fix the Voting Rights Act, saying that if it isn’t fixed, “citizens will be disenfranchised, victimized by the law instead of served by it, and that progress – that historical progress toward a more perfect union – will go backward instead of forward.”

Secretary Clinton has been an advocate of this issue for many years.

As a senator, Clinton championed a bill called the “Count Every Vote Act,” which would have made Election Day a federal holiday; required states to work to reduce waiting times at polling places; provided early voting periods; put in place fair and uniform standards for voter registration and identification, including same-day registration across the country; as well as made it a federal crime to deceive voters, through tactics like sending flyers to minority neighborhoods with false information.

Issues of fairness, justice, and God-given dignity are at the core of voting rights’ assurances. When we deny citizens the right to vote, we risk the fiber of our democracy.

Secretary Clinton is joined in her advocacy of voting rights by the National Council of Churches and many diverse faith traditions across the United States who, like Clinton, see it as our moral responsibility to ensure that the right to vote is protected for all.

Religious communities were at the forefront of the civil rights movement and fought for the Voting Rights Act. Today, we applaud those political leaders standing up for what is just.

I am reminded of a Martin Luther King, Jr. quote, “Injustice anywhere is a threat to justice everywhere.” King knew, as a preacher and as an activist, that injustice doesn’t exist in a vacuum. Rather, like a corrosive substance, it seeps into other places, eroding progress and endangering the rights of all.

And so, in 2014, we continue to speak out against this injustice and we strive to reclaim the victories of the civil rights leaders who came before us. Do not oppress the widow, the fatherless, the sojourner, or the poor, and let none of you devise evil against another in your heart. For whoever oppresses a poor man insults his Maker; and to obstruct a vote is, without a doubt, a form of oppression.

I stand with Secretary Clinton and all others who believe that America “deserves to have an electoral system that has integrity, whose results we can believe in.”

Our nation depends on it.

Rev. Chuck Currie is director of the Center for Peace and Spirituality and University Chaplain at Pacific University in Forest Grove.