Hip Hop and the Police 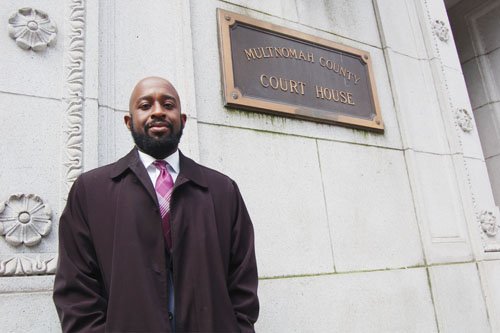 Constantin Severe, director of Portland’s Independent Police Review Board, says that recent reports about heavy-handed enforcement at Hip-Hop related events has caused his office to launch an official review of Police Bureau’s practices. Photo by

The turmoil that has erupted between the Portland Police Bureau and a community of entertainers catering to the Hip-Hop scene has gained new eyes and ears.

The subject is now before the Independent Police Review Board, currently headed by Constantin Severe, a lawyer and first generation Haitian-American from New York.

Severe estimates that his office has received about 10 informal complaints regarding a police presence at Hip Hop events in the last year. Most of the input has come from of phone calls expressing dismay rather than getting at any specifics.

He says the recent Department of Justice stipulation on police use of force polices gives his office more weight to investigate police complaints, including provisions that the IPR board complete more investigations, reviews, and reports on an annual basis.

As part of the settlement over the police brutality issues relating to people with mental health issues, Severe now has five investigators, doubling the board’s previous investigative workforce. The IPR Board serves under the direction of the City Auditor office.

Severe says the police and hip hop investigation will differ from most of the review board’s work, because it looks at police conduct from a systematic point of view rather than the conduct of a single officer or police unit. In other words, are police treating people the same at Hip Hop shows as with other entertainment in the city?

“We wanna look at the whole practice,” Severe says.

Since launching the review earlier this month, Severe says that there have been no formal or written complaints received at his office. People directly involved or affected by these events have been particularly less responsive to take part.

“We’re trying to talk to everyone, the police officers, the people from ONI [Office of Neighborhood Involvement) and all the different organizations. We’d like to reach out to members of the Hip Hop community whether you’re a performer or a promoter.”

He acknowledges there’s a history of mistrust between some members of the Police Bureau and the Hip Hop crowd, especially for persons of color.

“We have a special obligation to treat them in an equitable way that recognizes the history there and that we have an ongoing outreach effort," he says.

Ultimately, Severe says people must advocate for themselves.

To contact the Independent Police Review Board with concerns or information, call 503-823-0146. To file a complaint or commendation online, visit portlandonline.gov/auditor.