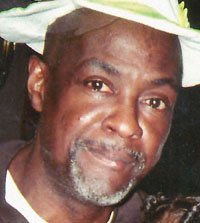 He was preceded in death by his daughter Sharise, brother Bob, and his father Willie James Johnson.