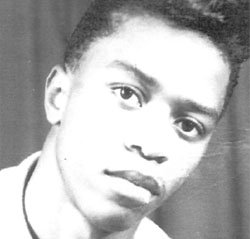 An active child, very intelligent and outgoing, he attended King (Highland) Grade School, Jefferson High school, and earned an associate’s degree at Portland Community College. He enjoyed athletics and was good at boxing and basketball.

He was an avid reader and photographer, learned from many others and gave himself a thorough education in black history and politics. He joined the Black Panther Party during an historic period in Portland and had his share of run-ins with local authorities. He was not one to submit willingly to oppression and could not be kept from stating his opinion.

Frelimo moved to Seattle in the mid-80s where he made his home and where he was living at the time of his transition. We pray that Almighty God forgive Frelimo's faults, see his goodness, and admit him into Paradise.