Use of Force Settlement 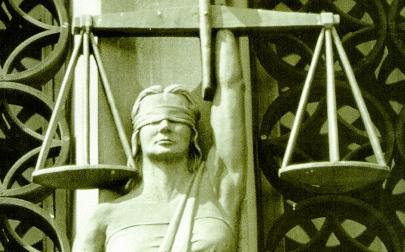 A federal judge accepts a settlement between the U.S. Department of Justice and the city of Portland on reforms intended to improve the way police deal with mentally ill people.

A federal judge accepted a settlement on Friday between the U.S. Department of Justice and the city of Portland on reforms intended to improve the way police deal with mentally ill people.

Simon’s decision drew a positive response from the Albina Ministerial Alliance for Justice and Police Reform, who said it should lead to better treatment of all Portlanders.

The Justice Department began an investigation three years ago to determine whether Portland police engaged in a pattern or practice of excessive force when dealing with the mentally ill.

Agency officials concluded such a pattern exists and began negotiating with city leaders on reforms.

U.S. Attorney for Oregon Amanda Marshall called the settlement a groundbreaking resolution for the citizens of Portland.

"We're serious about having a police force that appreciates the issues around mental illness and that utilizes de-escalation tactics," he said.

The agreement revises police rules on the use of stun guns. It also requires the city to create a crisis-intervention team, expand its mobile crisis units from a single vehicle to one vehicle per precinct, and to complete investigations of officer misconduct within 180 days. Some reforms have already been put in place.

The city agreed to hire a compliance officer to ensure the reforms are followed and to form a Community Oversight Advisory Board.

"This ruling is a major step to creating a true community policing culture within the Portland Police Bureau in light of the national attention on deadly force and excessive force by the police department in the Michael Brown death in Ferguson, Missouri," the Albina Ministerial Alliance Coalition for Justice and Police Reform said in a statement.

The Associated Press contributed to this report.