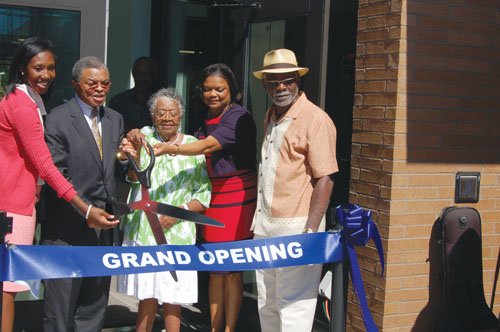 “The buildings that matter most are the ones that make a difference in people’s lives,” officials said in describing the new addition.

In a special honor at Friday’s dedication ceremony, the child care classrooms were named the John and Dian Jackson Center in honor of a local African American couple who have worked for decades to bring positive changes to Portland.

The late Rev. John H. Jackson served as pastor of Mount Olivet Baptist Church where he was a leader for Civil Rights in Oregon from the 1960s until his death in 1994. A building at Cascade was dedicated Jackson Hall years earlier in his honor. His widow Dian continues the family legacy with more recent donations to the PCC Cascade library and a collection of his correspondence, sermons and personal effects to the campus.

For many years Albina Head Start and PCC have collaborated to bring their two communities together, sharing the love and education and valuing the Portland community, officials said. The partnership has come full circle with the opening of the John and Dian Jackson Center.