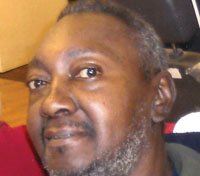 Home Going services are scheduled for Wednesday April 8 at 11 a.m. at New Freedom Assembly Church of God in Christ, 936 N.E. Beech St. Grammy award winner and gospel artist Douglas Miller of Akron Ohio will be performing a musical tribute as well as some of Portland's gospel greats. Those who knew and loved Kevin are welcome to attend. A repast will follow from 3 p.m. to 6 p.m. at Billy Webb Elks Lodge, 6 N. Tillamook St. Interment will be at River View Cemetery.