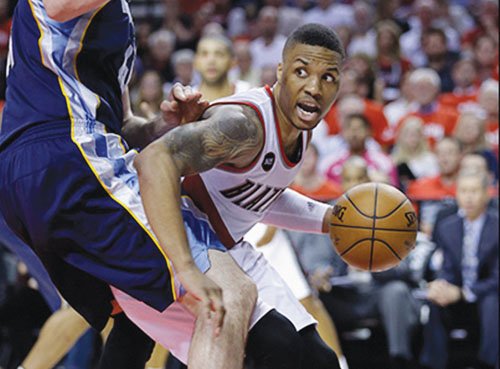 (AP) — Damian Lillard had 32 points and the Portland Trail Blazers avoided elimination from the playoffs with a 99-92 victory over the Memphis Grizzlies on Monday night.

Memphis led by as many as 10 points in the fourth quarter, but Portland rallied to deny the Grizzlies their first-ever playoff sweep.

LaMarcus Aldridge had 18 points and 12 rebounds for Portland. Marc Gasol led the Grizzlies with 21 points.

Game 5 is Wednesday in Memphis.

Memphis was playing without point guard Mike Conley, who was inadvertently elbowed in the face in the third quarter of Game 3 and underwent surgery on Monday morning. His status for the rest of the playoffs is uncertain.

The winner of the series goes on to face the Golden State Warriors in the second round.