Breaking the chains of injustice 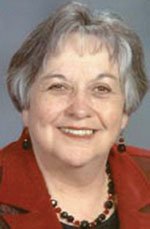 Each year over 1,000 Christians join together in our nation’s capital to address a common issue facing our communities. This year, Ecumenical Advocacy Days for Global Peace with Justice focused on the theme, "Breaking the Chains: Mass Incarceration and Systems of Exploitation." The United Church of Christ was proud to be one of the sponsors in this powerful movement of faithful people who are united in this bold public action to influence policy makers on Capitol Hill.

In addition to our partnership with Ecumenical Advocacy Days, the gathering earlier this month of leaders in the United Church of Christ addressed our nation’s tragic mass incarceration system of injustice that disproportionately impacts black and brown men.

According to the U.S. Bureau of Justice Statistics, the United States imprisons more of its own people than any other country in the world. While the U.S. comprises 5 percent of the total global population; it alone accounts for a staggering 25 percent of the world’s prison population.

All totaled, there are over 7 million people currently subject to the U.S. criminal justice system, and it is far from representative of the nation’s population as a whole. For instance, while African American males comprise only 6 percent of the U.S. population, they make up 40 percent of those in prison or jail. African American males have a 32 percent chance of serving time at some point in their lives, while white males have only a 6 percent chance.

Besides the cost to the human spirit which tears at the fabric of our families and communities, it is an expensive drain of our public resources that would be better directed to quality public education.

Estimates indicate that unduplicated expenditures to maintain the prison industrial complex are $300 billion per year. The burden of such expenditures has led to the increasing privatization of that complex, especially in rural areas with small populations, where there is a need for jobs and other commerce, including suppliers of goods and services.

As a business, the first priority of private companies is profit; therefore, income for private prisons depends entirely on maintaining a large and stable inmate population. But the demand for guaranteed occupancy rates runs counter to efforts toward early release, alternative sentencing, and other forms of restitution, especially in cases of non-violent crimes.

United Church of Christ is mobilizing our members to a growing movement of faith and community organizations to halt the rapidly rising trend of mass incarceration. We must dismantle the new caste system it has created by breaking the chains of injustice before another generation is lost.

The Rev. M. Linda Jaramillo is executive minister for the United Church of Christ’s Justice and Witness Ministries.