Soul Singer on Come Back Tour 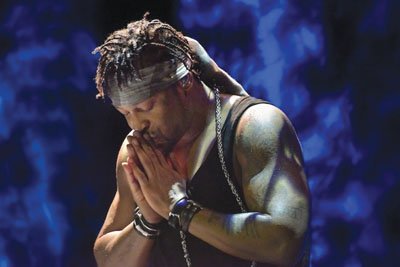 Singer and songwriter D’Angelo comes to Portland this Sunday.

Grammy Award-winning soul singer and songwriter D’Angelo is coming to Portland on his “The Second Coming Tour.”

D’Angelo recently released his first album in 10 years, Black Messiah, and fans are coming out of the woodwork to see the Southern-born vocalist who brought soul, funk, and jazz-fusion to Harlem’s Apollo Theater so many years ago.

In a June interview with Rolling Stone, D’Angelo confirmed that he was working on more material for a new album, calling it a “companion piece to Black Messiah. He has already played sold-out dates in Stockholm, Amsterdam and Paris.

D’Angelo plays with his opening act, The Vanguard, this Sunday, Aug. 9, at McMenamin’s Crystal Ballroom, downtown. Doors open at 7:30 p.m. with the show starting at 8:30 p.m. The show is 21+ only, with tickets starting at $59.95 in advance, $65 on the day of the show. For more information, visit crystalballroompdx.com/events/141209-DAngelo-and-The-Vanguard.