Rutherford house was a hub during Civil Rights era 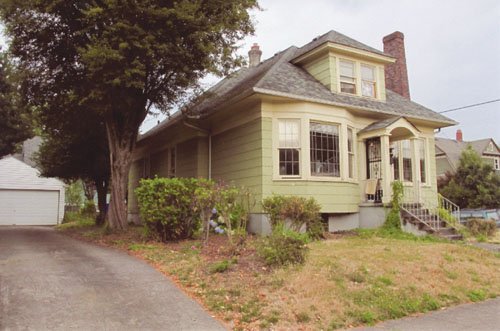 The decades-long home to the late Portland civil rights leaders Otto and Verdell Rutherford, a support center for civil rights causes for more than half a century, has been added to the National Register of Historic Places.

Otto and Verdell Rutherford led the Portland branch of the NAACP during the 1940s and 1950s as the organization pressed for equal opportunity and the end of racial discrimination in public accommodation, employment, education and housing.

The Rutherfords were among a group of activists that pushed for decades for Oregon's Public Accommodations Act which, with the help of some legislators such as Rep. Mark O. Hatfield, was passed by the Oregon Legislature in 1953. The place where much of the organizing took place, the Rutherford's house, was listed in the National Register earlier this month.

"Our house was home for my two brothers and me," said Otto and Verdell's daughter Charlotte Rutherford. "But for years it also served as the office for the NAACP here. In the mid-50s the NAACP Federal Credit Union was also started in our dining room. My Dad made the speeches, but my Mom was doing the work. The mimeograph machine in the basement and her typewriter were the foundation for the organization and other groups, too."

Otto moved into the house at 833 N.E. Shaver St. with his parents and siblings in 1923. In 1936, he married Verdell Burdine and in the house they began married life of 64 years, decades of civil rights activism, and the documentation and preservation of Portland's African American history.

The Rutherfords' contributions to the civil rights movement came while they held full-time jobs, raised a family, were active in their church and social organizations, and held office in several organizations, including the NAACP. In 2000, the state's largest newspaper The Oregonian published a feature on Oregon's 150 most influential people from 1850-2000. The list included Otto Rutherford and was accompanied by a photo of Otto and Verdell.

In the 1990s and onward, Otto and Verdell Rutherford spent considerable time filling in details about many people and places in Portland's African American history until their passings.

Verdell Rutherford preserved documents, family papers, memorabilia and photographs that provide a snapshot of an African American family and community in Portland during more than a 60-year period. The collection is housed at the Portland State University Library Special Collections Division and is available to the public. 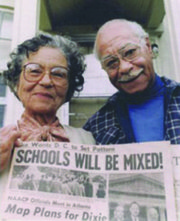 Verdell and Otto Rutherford assembled thousands of rare documents, newspapers, and photographs recording the history of African Americans. This family photo was taken in front of their historic Portland home in the 1950s and is part of a historic collection at Portland State University.