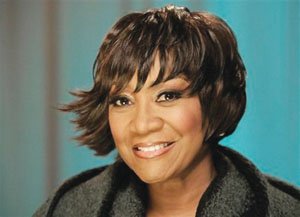 Legendary soul vocalist Patti LaBelle is making her way to Portland for an upcoming show and there’s time for you to get tickets.

“The Queen of Rock n’ Soul” has been thrilling audiences for more than four decades with her stunning soprano vocals. She has been inducted into the Grammy Hall of Fame, the Hollywood Walk of Fame, the Apollo Hall of Fame, and the Songwriters’ Hall of Fame. She also has sold more than 50 million records worldwide and Rolling Stone had included her in its 100 Greatest Singers List.

LaBelle’s Portland concert takes place Sunday, Sept. 20 at 7:30 p.m. at the Arlene Schnitzer Concert Hall, downtown. Tickets start at $45 and can be purchased online at OrSymphony.org, in person at the Oregon Symphony Ticket Office, or by phone at 503-228-1353.