My best to worst favorites at PIFF 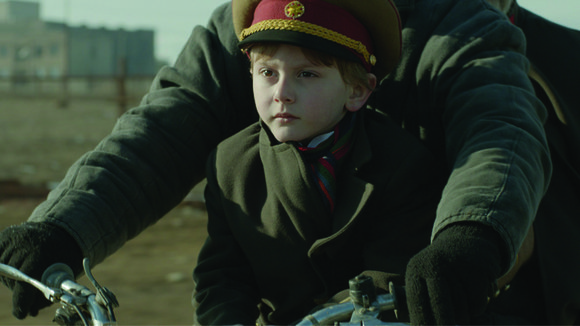 An innocent grandson is swept up in turmoil in ‘The President,’ a film about a dictator fleeing murderous revolutionaries bent on revenge. The film plays on Sunday, Feb. 15 and Tuesday, Feb. 17 at the Portland International Film Festival.

I have seen a host of wonderful films in the first week of the Portland International Film Festival. Here are some screenings you can still catch, ranked from my most to least favorites. I’ve also included two films whose festival run is over but are expected to get a theatrical release:

“The President,” a Georgian/French production directed by Iranian Mohsin Makhmalbaf, is one of my favorites of the festival so far. Set in an unknown country, it begins with a window into the lives of a dictator and his family, who live in obscene luxury and rule ruthlessly. The opening scene between the dictator and his grandson, who is maybe four or five years old, made my blood run cold. Soon after the dictator’s wife and daughters leave the country he is overthrown and is forced to flee with his grandson who had insisted on staying behind. For most of the rest of the film, they are fugitives, posing as street musicians. They encounter people who suffered under the dictator’s rule, witness atrocities in the wake of the revolution, and end up traveling with people who were imprisoned and tortured on orders of the dictator. The interactions with child and grandfather serve as a lens into the values that both have been taught and that the dictator has inculcated. (Plays on Sunday, Feb. 15 and Tuesday, Feb. 17)

Another Georgian film, “Corn Island,” also captured my imagination. A river that forms Georgia’s border with the breakaway republic of Abkhazia changes dramatically with the seasons; from spring until fall, the waters recede to form tiny islands with fertile soil that don’t belong to either country. This nearly wordless film depicts the lovely, hard, and self-contained life that an old Abkhaz farmer builds for himself and his teenage granddaughter on one such island, beginning with nothing, building a small hut, plowing the earth, and planting corn that has the potential to get them through the rest of the year. With no explanations, this visceral film makes you feel the weight of the wood and tools and straw he carries, the granddaughter’s blossoming into womanhood, the threats of weather and politics that impinge on their simple existence. Moving and evocative. (Plays again on Saturday, Feb. 14)

Though slighter in its ambitions, the Spanish film "Living is Easy with Eyes Closed” is gently satisfying in its own way. It is inspired by the true story of a Spanish schoolteacher, Antonio, who uses the Beatles’ music to teach English and is such a fan that his students have dubbed him the Fifth Beatle. Having learned that John Lennon is visiting Spain to make a film, Antonio embarks on a car trip to Almeria with the intention of meeting his idol. Along the way, the quirky enthusiast picks up a 20-year-old pregnant girl and a teenage runaway fed up with his father’s authoritarian ways, and the journey they take together is marked by Antonio’s affable generosity and the little life lessons that Antonio finds embedded in Lennon’s lyrics. (Plays again on Wednesday, Feb. 11)