For me, this gets personal 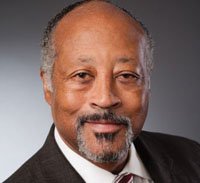 There have been incidents along our nation’s path that are outright disgusting and with racial animus. The internment of American citizens of Japanese descent during World War II along with the seizure of their land and businesses is a good example. The “Trail of Tears” which was a forced march by foot of the Cherokee Indian nation from North Carolina to Oklahoma was a downright atrocity. Another sickly example was sending blankets to select Indian tribes that were laced with small pox. These and other examples are not consistent with our Constitution.

There is another example that is much more modern. In fact, it is current. It is when the U. S. Department of State and the Central Intelligence Agency got together and filled our city streets with crack cocaine. First of all, let me recommend the current movie “Kill the Messenger” as it deals with a part of this mega atrocity.

It starts in 1979, when the Marxist group known as the Sandinista National Liberation Front led a successful coup in Nicaragua chasing out the Dictator Anastasio Somoza. The leader of the coup was Daniel Ortega who was a personal friend of Fidel Castro of Cuba. His group came to be known as the Sandinistas. The Reagan Administration feared that Nicaragua would be quickly turning into a Cuba satellite. Thus, the CIA went to work and recruited some anti-communists to physically try to overthrow the new leader of the nation. This group came to be known as the Contras.

The Contras were fully financed by the U.S. and were housed next door in Honduras. As they attacked the Sandinistas and hid out in Honduras, their popularity decreased throughout Congress. Congress eventually outlawed any federal funding for this activity by way of the Boland Amendment.

President Reagan pledged to follow the law. However, there were zealots in his administration that decided to go rogue. So operatives in the CIA, White House and the State Department came up with a scheme to generate big cash in support of the Contras. They would take from the CIA’s arsenal of weapons and sell them to Iran.

Keep in mind there was a big trade embargo on Iran because of the raid on our embassy there. Iran was more than willing because they were in a big war with Iraq and desperately needed more weapons i.e. anti –aircraft launchers, artillery and such. In return for the weapons they would launder top dollar cash for each shipment and direct it to the Contras.

This went along until they were busted in 1987. All hell broke loose and their scheme was shut down. Eleven high ranking officials were prosecuted and sentenced to prison. They were immediately pardoned during their appeals and walked free. Now the evil doers had to come up with another scheme to keep the big cash flowing down to the Contras. Their next move would be even more sinister.

The CIA was already involved in some of the drug running that was going into the United States. They decided to recruit some of the major cartels to partner with them. Thus, around 1988, the first shipments of cocaine started to arrive into Los Angeles for distribution throughout our nation. Shortly thereafter some of the chemists working for the cartels told the CIA operatives of a new derivative of the cocaine. It came to be known as Crack. Crack was much cheaper in price to make but was so profitable to the sellers. Also, it was much more addictive and caused the users to be fanatical in their dependence on it. Users would do anything including murder to satisfy their addiction. All of a sudden there were “New Jack Cities” going up all over America.