Mayor and Council Step Back on Police Reform

City appeal should be rescinded 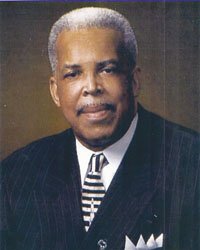 While every major city and various small cities throughout the nation are crying out for justice and police reform, Portland Mayor Charlie Hales and the city commissioners voted unanimously to take a step backwards to appeal a condition set by Federal Judge Michael Simon to have annual periodic hearings on the progress or non-progress of the Portland Police Reform Settlement Agreement.

Are we on the same Planet?

Civil disobedience is breaking out throughout the nation, including Portland saying “Enough is Enough,” calling for an end to the use of excessive force by police departments. Activists are saying that “Black Lives Matter” as do the lives of people with mental illness and the lives of every citizen including those who police our streets.

Not since the civil rights and anti-war movements of the 1960s have we seen such a mass movement throughout America.

Instead of the mayor and commissioners leading the way to create a true community policing model that will give the nation a solution on how to reform a city police force with all parties at the table, they make a political decision out of self-interest, rather than the public interest, public health, and the moral character of the city. They are masking a legal argument over a requirement to have hearings to report on the progress of the reforms by asking for “clarification” of the authority of a federal judge to review periodically the implementation of the Settlement Agreement.

In other words, they don’t want any unbiased, independent authority like a federal judge to review what they are doing. They want to keep it under their control in order to cover-up or not implement parts of the agreement.

What the mayor and city council just don’t get is that the stakeholders and the public do not trust them to put away political self-interest over the public welfare and moral character of the city. Why? Because past city councils and our present one have failed to do it.

The Police Reform Settlement Agreement was initiated after a great outcry from the citizens of Portland and led by the Albina Ministerial Alliance Coalition for Justice and Police Reform and other stakeholders. It followed a 10 year struggle to reform the Portland Police Bureau with such police shooting cases as Kendra James, Jose Mejia Poot, James Jahar Perez, James Chasse, Aaron Campbell, Keaton Otis and many others. Later a suit was filed by the U.S. Department of Justice in response to the voices for justice in the city.

The Justice Department determined that Portland Police have engaged in patterns and practices of using excessive force against people with mental illness or those perceived to have mental illness.

The settlement was worked out by involving parties from the Justice Department, city of Portland, the Portland Police Association, and the AMA coalition. The agreement is not a panacea for a final solution, but it offers a historical opportunity to reform police training, policies, practices, investigations, accountability structures and other major areas.

There was much public testimony on the agreement before Judge Simon that expressed feelings of mistrust and weakness in the settlement, but the AMA coalition believed that it still provided a model toward true community policing to create a “more perfect union” in our city.

Now the Albina Ministerial Alliance Coalition for Justice and Police Reform along with other organizations have launched a community grass-roots campaign to have Mayor Hales and the City Council rescind their appeal to the 9th Circuit Court.

We should keep the periodical hearings and push forward with all deliberate speed in implementing the Settlement Agreement that will create a model for Portland and our nation.

Dr. LeRoy Haynes is chair of the Albina Ministerial Alliance Coalition for Justice and Police Reform.