Sony, Charlie Hebdo and the Right to Offend

Not exactly role models for the cause 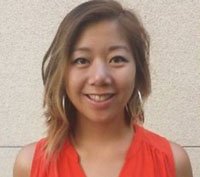 The cyberattacks against Sony and the recent killings of 12 people during the attack on the Paris newspaper, Charlie Hebdo, have sparked an international debate about freedom of speech and the right to offend.

Both Sony and Charlie Hebdo have gained millions of supporters worldwide and have been hailed as champions of free speech. According to CNN Money, after Sony released The Interview on multiple streaming websites, supporters, in solidarity with the studio, opened their wallets and helped the movie rake in $31 million.

And according to The Telegraph the "Je suis Charlie" hashtag garnered 3.4 million tweets in a 24-hour period. The slogan has been slapped on everything from t-shirts to aprons and is selling like hotcakes all over the Internet.

But let us pause for a second. What exactly are we promoting when we pay to watch a racially offensive movie that depicts the assassination of the North Korean leader? And what are we really representing when we don a "Je suis Charlie" t-shirt?

Sony certainly did not deserve to get hacked, nor did Charlie Hebdo deserve what happened to them; however, I would not necessarily agree that either should be seen as champions for our freedom to...well, to do what exactly? To be offensive and obscene?

As Jill Lawless, a journalist for The Associated Press, points out: "Charlie Hebdo once depicted a black government minister as a monkey, and in 2012, amid an uproar over an anti-Muslim film, the magazine published drawings of Muhammad naked and in demeaning or pornographic poses."

A counter trend, "Je ne suis pas Charlie," has started to gain traction online to represent those who condemn the killings but do not agree with the offensive publications of the magazine.

For the most part though, The Interview and Charlie Hebdo have become international symbols of free speech and the right to offend. As Arthur Chu points out in his article on The Daily Beast, "I wonder if the shooters knew that by killing the staff of Charlie Hebdo they would be enshrining them as immortal martyrs."

According to Lawless, prior to the attack, Charlie Hebdo sold less than 100,000 copies a week; however, with the overwhelming support from individuals, organizations, and the French government, their next magazine ran more than 1 million copies.

Likewise, the cyberattacks against Sony, which were meant to deter the film from ever being released, only helped The Interview become Sony’s #1 online film of all time.

Though I defend freedom of speech, I am not sure if The Interview and Charlie Hebdo are the "role models" I had in mind.

Michelle Mar is a journalist based out of Southern California. She specializes in writing about criminal justice, current events, and social issues. Follow her on Twitter @msmichellemar.