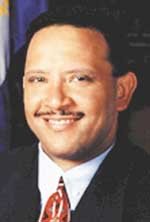 Who among us could have predicted that a cinematic retelling of the heroic efforts of Rev. Dr. Martin Luther King Jr. and other civil rights leaders in 1965 to organize and lead marches from Selma to Montgomery, Alabama in an effort to gain equal voting rights for African Americans in that city would end up teaching us as much about the present as it does the past?

Selma, with its nod to history, is a film that also manages to channel and highlight our nation’s modern-day struggles to form a more perfect union.

Ava DuVernay’s Oscar-nominated biopic comes across the big screen at a pivotal moment in our history. It comes on the 50th anniversary of the three Selma to Montgomery marches and the signing of the federal Voting Rights Act into law. It comes during this week’s 30th anniversary celebration of Martin Luther King Day as a national holiday. It comes on the heels of demonstrations and social unrest over the lack of accountability in the deaths of black people from Sanford, Fla., to Staten Island, N.Y. and beyond – with protestors of varied hues and backgrounds calling for an end to centuries-long discrimination, racial inequality, and police misconduct.

These demands, the urgency for change, and the use of productive, non-violent civil disobedience would have been all too familiar to Dr. King, who, along with other notable and nameless heroes, sacrificed his own life in the pursuit of many of these goals.

With John Legend, the co-creator of the film’s soundtrack“Glory” at his side, rapper Common recently accepted Selma’s sole Golden Globe award for Best Original Song – drawing a direct line from the past to the present:

“The first day I stepped on the set of Selma, I began to feel like this was bigger than a movie. As I got to know the people of the civil rights movement, I realized I am the hopeful black woman who was denied her right to vote. I am the caring white supporter, killed on the front lines of freedom. I am the unarmed kid, who maybe needed a hand, but instead was given a bullet. I am the two fallen police officers murdered in the line of duty. Selma has awakened my humanity…We look to the future, and we want to create a better world. Now is our time to change the world. 'Selma' is now.”

For those who have seen this powerful film, is it possible to watch a young black man be shot and killed by police officers acting with impunity then and not think of the names that crowd our front pages and protests now? Is it possible to watch a black woman fail to meet an unreasonable standard to be permitted to vote and not worry about the Supreme Court’s 2013 decision that effectively dismantled the 1965 Voting Rights Act? Yes, in so many ways, Selma is now.

It is thus unfortunate that this historic, culturally-relevant, well-made feature about an iconic moment in and figures of American history has not been fully recognized during this awards season. While I celebrate the film’s win for Best Original Song at the Golden Globes, I have also expressed my disappointment that DuVernay did not win Best Director. The film is worthy – and so is she. The subsequent failure of the Academy of Motion Picture Arts and Sciences to nominate DuVernay and the film’s lead actors for Oscars has not only been almost universally viewed as a snub, but it has set the stage for the least diverse Oscars since 1998, with not one actor of color receiving an acting nomination.

Still, Selma has achieved much more than could ever be reflected in any statuette as everyday citizens, politicians, entrepreneurs, business and community leaders, and notable personalities have stepped in to give the film the recognition it deserves – and to give thousands of students a meaningful history lesson beyond their classrooms.

Through various coalitions, free screenings of Selma are being offered to middle school and high school students across the country in select cities including Selma, Washington, D.C., New York and New Orleans, which was led, in part, by the Urban League of Greater New Orleans. I have also joined a coalition of African American business and civic leaders in New Jersey who are underwriting free admission to Selma for students.

Although Hollywood’s most coveted honor will elude the director and actors, Selma – and everyone involved – have already won for one of the most impactful and inspirational movies of a generation to a nation still in search of peace, healing, and equality.