Being Accountable for Our Military Interventions 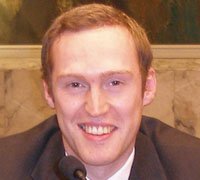 The United States must accept responsibility for the damage its military actions have caused and recognize there are alternatives for the future.

In the nearly decade and a half since the Sept. 11, 2001 attacks, the U. S. has invaded Afghanistan and Iraq, carried out bombing campaigns throughout the Middle East, and launched special operations strikes throughout the world.

These policies are non-partisan. Many military actions begun under George W. Bush have continued and intensified under Barack Obama. The CIA-led drone wars in Pakistan, Somalia, and Yemen are a key component of Mr. Obama’s administration and the use of U.S. Special Forces has exploded in recent years, deploying to 134 countries in 2013.

The consequences of these actions are immense. In the words of 13-year-old Yemeni, Mohammed Tuaiman, U.S. drone strikes have "turned our area into hell and continuous horror, day and night, we even dream of them in our sleep

Mohammed, like his father and brother, was later killed by an American drone. Fourteen-year-old Zubair Ur Rehman, whose grandmother was killed by a U.S. drone strike in Pakistan, told five members of Congress in 2103, “I no longer love blue skies. In fact, I like gray skies; the drones cannot fly when the skies are gray.”

Physicians for Social Responsibility, the American affiliate of Nobel Peace Prize-winning International Physicians for Prevention of Nuclear War, recently released a report that estimates at least 1.3 million people have died as a result of the U.S. invasions and occupations of Iraq and Afghanistan and the violent spillover into Pakistan.

U.S. policies have not brought stability to countries such as Afghanistan or Yemen and as the rise of the Islamic State in Iraq and Syria has shown, U.S. military actions have fanned the flames of terrorism, not extinguished them.

There is no doubt that many Americans believe our military interventions are undertaken to help others around the world. Unfortunately, the reality is far different. From Afghanistan to Libya, our military interventions have left broken lives and nations in ruins. It may be surprising to some Americans, but a 2013 Gallup poll of 65 countries saw the United States at the top of the list of greatest threats to world peace.

We as Americans need to take that perception seriously and accept responsibility for the enormous human suffering our wars and interventions have caused.

Most Americans have a genuine desire to help and not hurt others around the world. We can work to alleviate the injury we have already caused by providing more support for emergency humanitarian aid and refugee protection and resettlement, more funding to allow the societies we have torn apart to rebuild themselves, and by engaged, multilateral, diplomacy to try to end ongoing violence.

We need to push our government, no matter which party is currently in power, to live up to our obligations under international law and end the pervasive use of military force. We have relied on military means too widely and too belligerently and it is time to chart a different course.

Jared Keyel has a background in International Relations and Middle Eastern Affairs and currently works with refugees, asylum-seekers, and immigrants in Chicago, and is syndicated through PeaceVoice.