A predatory system of policing 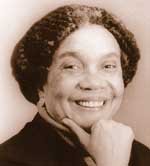 ‘Held captive” was how one 13-year-old described the feeling of growing up poor in our wealthy nation. For more and more Americans living in poverty, this feeling isn’t just a metaphor.

A recent Department of Justice report on police and court practices in Ferguson, Mo. put a much needed spotlight on how a predatory system of enforcement of minor misdemeanors and compounding fines can trap low-income people in a never-ending cycle of debt, poverty, and jail. This included outrageous fines for minor infractions like failing to show proof of insurance and letting grass and weeds in a yard get too high.

In one case a woman who parked her car illegally in 2007 and couldn’t pay the initial $151 fee has since been arrested twice, spent six days in jail, paid $550 to a city court, and as of 2014 still owed the city $541 in fines, all as a result of the unpaid parking ticket.

The report found that each year Ferguson set targets for the police and courts to generate more and more money from municipal fines. And Ferguson isn’t alone. The criminalization of poverty is a growing trend in states and localities across the country.

The investigation came after the killing of unarmed 18-year-old Michael Brown by a police officer, and last month the practice of criminalizing poverty made headlines again after Walter Scott was killed in North Charleston, S.C. Scott was shot in the back by police officer Michael Slager on April 4 as he ran away after being pulled over for a broken taillight.

Scott had already served time in jail for falling behind on child support, and on the day he was stopped there was a warrant out for his arrest for falling behind again. His family believes his fear of going back to jail caused him to run from the broken taillight stop. His brother told The New York Times that Walter Scott already felt trapped: “Every job he has had, he has gotten fired from because he went to jail because he was locked up for child support,” said Rodney Scott.

A 2009 review of county jails in South Carolina found that 1 in 8 inmates was behind bars for failure to pay child support.

The United States legally ended the practice of debtor’s prisons in 1833, and the Supreme Court ruled in Bearden v. Georgia (1983) that it is unconstitutional to imprison those who can’t afford to pay their debt or restitution in criminal cases, unless the act of not paying debt or restitution is “willful.”

But poor people are being increasingly targeted with fines and fees for misdemeanors and winding up in illegal debtors’ prisons when they can’t pay—and in some cases, then being charged additional fees for court and jail costs. A recent investigation by National Public Radio, the New York University Brennan Center for Justice, and the National Center for State Courts cited a study estimating between 80-85 percent of inmates now leave prison owing debt for court-imposed costs, restitution, fines and fees.

In some jurisdictions defendants are charged for their room and board during lockup, probation and parole supervision, drug and alcohol abuse treatment, DNA samples, and even their constitutional right to a public defender. When poor people can’t pay those fees either, the cycle of debt and jail time continues.

And state and local policies establish barriers that make it more difficult for people who have served any time in prison, including those there because they were poor, to re-integrate into society. According to a study conducted by the American Bar Association’s Criminal Justice Section, there are more than 38,000 documented statutes nationwide creating collateral consequences for people with criminal convictions including barriers to housing, employment, voting, and many public benefits.

By denying these citizens access to basic services they need to survive, our policies needlessly increase the risk of recidivism and continue to leave people truly trapped—and when we extend the cycle of poverty by criminalizing poor people, there are only a few winners and many, many losers.