Picking up the Baton 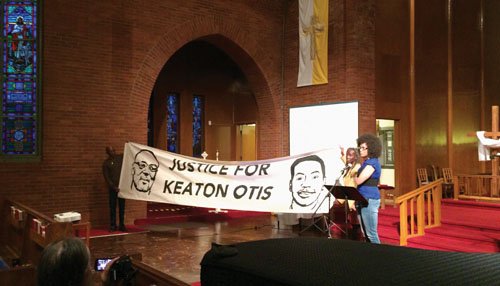 Activists and community members honor the memory of Keaton Otis, a young African American man who was killed in a hail of police gunfire during a 2010 traffic stop in northeast Portland, and his father Fred Bryant, who pursued justice in the case with monthly vigils until his death more than a year ago. Tessara Dudley

Tessara Dudley is a poet and educator living in east Portland.