Arming Police at PSU and the Coming Conflict

Don’t bring a gun to an unarmed fight 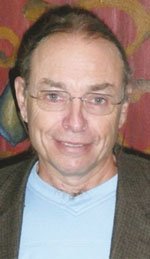 Dr. Tom H. Hastings is core faculty in the Conflict Resolution Department at Portland State University and is founding director of PeaceVoice.

On the campus where I teach, Portland State University, there has never been a mass shooting. Indeed, as long as I’ve been here—almost the entire millennium! —no one here has been shot. Our campus security officers have been unarmed the entire time and managed to de-escalate or somehow finesse every situation that has arisen. Good job!

Meanwhile, the “normal” police across the U.S. have been shooting and choking unarmed people to death. Black America is in a state of general disaffection with the high rate of unarmed black people who get killed — some say murdered — by beweaponed police officers every month, including several in the last few years in our town, Portland.

Then, in the fall of 2014, as the country continued to roil over these deaths — and new ones like the shooting of young unarmed Michael Brown in Ferguson, Mo. and then the chokehold suffocation of unarmed father of six, Eric Garner, in New York — the PSU Board of Trustees voted to create an armed police force on our campus. Can you see the conflict coming?

My campus is not diverse — 60 percent white and a mere three percent African American, for example — but the students and faculty certainly aspire toward more of a complex and representative mix of humankind. Some eight percent of students are international, many from the Middle East, and another 15 percent are either Asian or Latina/o.

The new president of the student body is a young Syrian-born mother, a Muslim who is also a masters candidate in Conflict Resolution, specializing in nonviolent international conflict transformation. Dana Ghazi is a minority student but she was chosen by the majority to lead. I asked her if she had ideas about the campus security situation.

“As a student leader my first priority is to bring back the focus on students' voices in opposition to arming the police,” she said. “This is the number one issue on my platform and I intend to work with all stakeholders on campus to ensure that our campus is a safe and inclusive space for all students.”

Since two polls of PSU students on this issue show overwhelming student opposition to the new policy, coupled with the PSU faculty polling and voting overwhelmingly against arming campus police, one must wonder whose point of view is compelling to the Board of Trustees?

Ghazi asserts it’s not that of the students, and while she is thrust straight into the center of this controversy by her fellow students, she feels amongst the marginalized by the administration.

“As an Arab, a Muslim and/or a woman of color I do not personally feel safer,” she said. “The truth of the matter is that our communities struggle with racism, islamophobia and sexism, issues rooted in structural violence. It is enough to pay attention to the national news in the United States to grasp the gravity of these issues. Additionally, the university is an educational space, a space for learning. I feel uneasy when I walk to class in the morning ready to be intellectually stimulated only to pass by people in uniform with guns on their waists.”

“By this point the campus does not feel like a welcoming space to me,” she said. “I respect and support measures to ensure security on campus, however, I do believe there are alternative solutions that haven't yet been considered.”

Presumably, since the PSU administration has made its decision, the question is settled. But what social scientists know is that to presume that is not to actually know that. Questions that people care about tend to persist and can be revisited. The PSU community has in some ways just begun this conversation.