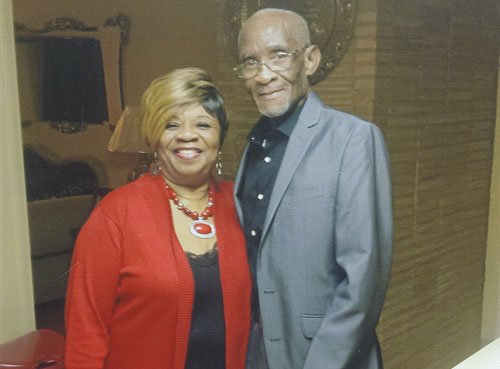 He first met Janice Curtis at the age of 22 while at Knott Street, now known as the Matt Dishman Community Center. She remembers being a 13 year-old young woman who thought of him as “The man with the nice smile!” They would become reintroduced in 1972 and were married Jan. 11, 1974 in Vancouver. From that point on she called him “My Hud.”

Leroy Sr. worked for the Bureau of Land Management and then moved on to TriMet where he was employed for 15 years, continuing onto a career at the Post Office for 20 years, from which he retired in 1992.

He was known and beloved by many family and friends and he loved his family, taking them on fishing trips, picnics and everyone knew his favorite game was Dominoes, where he earned the name, “The Whip”. He and his friends, JW Magum, Tom Strong, Willie Thomas Sr. and Curnel Walden were dubbed, “The Walking Talking Boys.” His first-born grandchild gave him the name PaPu, which later turned into him being forever known as PaPoo by all of his many beloved grand and great grand-children.

To meet him was to like him, but to know Leroy Sr. was to truly love him. He had a soft spot for his grandchildren. PaPoo was a true man. His word was bond and he could always be counted on to drop off the kids to and from school, coming to all sporting events, practices and games. To sum it up, he was always there when you needed him. His very distinctive voice, made sure his presence was always known and sure to deliver a few chuckles at his most beloved exclamation, “Well, I be damned!’

True to character, PaPoo remained resilient, keeping his humor and wits once he became ill. Dr. Wang asked Leroy Sr. to get some labs taken, to which he exclaimed, “Every time I come here, all you want is my money and my blood!”

Leroy Hudson Sr. was an avid sports fan, faithfully rooting for his San Francisco 49ers, always sporting the team on a head cap. Mrs. Janice Hudson remembers and cherishes the conversations that happened in the twilight hours once all the children were gone, reflecting on his genuine and special qualities.

He leaves to survive his most beloved memory, his loving wife of 44 years; children Walter Hudson, David Hudson, Randy Malone, Darlene Horsley, Leroy Hudson Jr., Thomas Malone, Anthony Malone, and Darrick Malone, all of Portland. He will be remembered by a host of nieces, nephews, grandchildren, great grandchildren and many special friends whom will always cherish him in their hearts. Leroy Hudson Sr. will be truly missed and never forgotten.