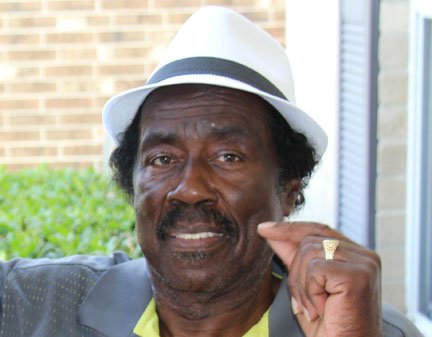 Johnny Poole Jr., 78, of Sylacauga, Ala., and former longtime resident of Portland, transitioned from this life on Sept. 28, 2015 with his beloved wife, Ella, by his side.

Johnny was no stranger to hard work and he imparted that on all of his children. He was employed at Gunderson in Portland for many years, mastering several positions, before being promoted to a superintendent. In 2002 he hung up his hard-hat and retired, deciding to return to Sylacauga to live out the remainder of his life in the city of his youth. He had always considered Alabama his “true” home, despite having lived all over the United States.

Once he and Ella were settled in Alabama, they adjusted to the tranquility of the rural south. He loved to spend his time riding around the city in his beloved Ford pickup truck, reminiscing about his childhood and the sweet moments he shared with his siblings and cousins. He also loved to stop by to talk to old friends and family. Never short of ambition, he and Ella became proud entrepreneurs when they opened a convenience store, to serve the needs of their community.

Johnny had an intense passion for hunting rabbits and raccoons; he was always on the lookout for another great hunting dog, preferably a Beagle, or the perfect rifle to catch wild game in those Alabama woods. Johnny’s green thumb was enviable! Anyone who knew him could attest to how much pride he took in keeping a well-manicured lawn, especially on 13th and Fremont in northeast Portland. Marigolds, in particular, were his favorite flower that added just the right amount of color to his landscaped masterpiece. Neighbors could not help but stop by and admire his handiwork.

In addition, Johnny loved fishing, collecting cigars, long car rides, spending time with family, and having fervent debates (which he usually won!) Johnny also took a great deal of pride in his appearance, and was always dressed to impress. He refused to go anywhere without a sharp hat and his cologne. His smile could light up a room and he definitely left an impression on everyone he had the pleasure of meeting and debating with.