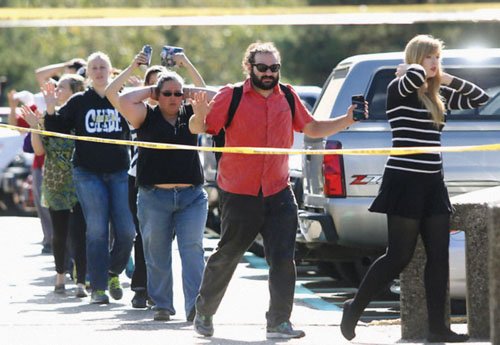 Students are evacuated from Umpqua Community College in Roseburg after a man opened fire on classmates and a teacher in a rampage that killed 10 people, including the gunman. President Obama will visit the campus on Friday to meet the families of victims. (AP photo)