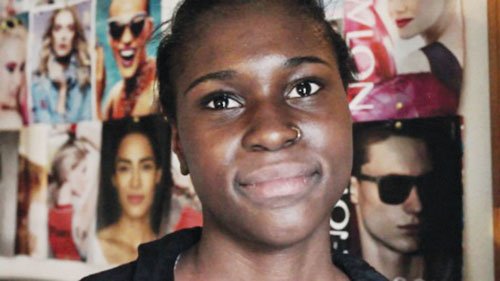 A screen shot from the Portland-based documentary ‘Holla,’ a film challenging the narrative for kids of color in America’s so-called whitest city.

Pushed out of the inner city by rising costs and economic development, minority families increasingly settle in outer Portland and Gresham. That’s the backdrop for the Portland documentary “Holla,” which screens Sunday, Oct. 18 at 7 p.m. at the Hollywood Theater in northeast Portland.

“Holla” chronicles the organization of the same name, founded by African-American Pastor Eric Knox to mentor kids of color in predominantly white and white-taught schools.

The film explores the lives of three young women on the Holla basketball team, as mentorship subtly transforms their experience. Through tough love and tenderness the kids learn to hurdle obstacles and adversity in a system biased against them.

Featuring straight talk from notable intellectuals Robert Munoz of Portland State University and Diane Watson of Lewis & Clark College, as well as raw testimonials from mentors and mentees, “Holla” is an informative, humorous, and heartbreaking look at the issues that face our city and our nation, as we struggle to fulfill the promise of integration and equal opportunity.

The screening will be followed by a question and answer session with the filmmakers and “Holla” funder Eric Knox.