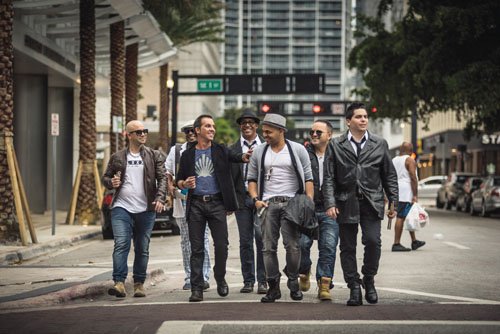 The cast of 'Cuba Libre' prepares for an extended run of their all original hit musical into November.

The play is a bilingual theatre experience with the majority of the dialogue in English and the music largely in Spanish. Told in flashbacks from present-day Miami to 1990s Cuba, the story centers around a Cuban musician haunted by the sacrifices made for him to pursue his artistic dreams in the U.S. while he makes a new life for himself as an American.

The show is being hailed as one of the most ambitious projects to have ever been produced by the Artist Repertory Theatre. With an award-winning create team working with top-notch performers, the musical features 11 numbers, complex set and projection designs, and choreography that includes the audience in every performance.