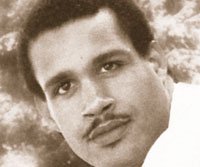 He moved to Portland when he was 2 years old and was raised by his grandmother, Lucille Bridgewater. He attended Vernon Elementary school, Whitaker Middle School and graduated from Thomas Edison High School.

Eugene worked at The Oregon Humane Society because of his love of animals. He also worked in the Health Care Industry so that he could help others. He will always be remembered for his infectious smile and positive attitude. He was a happy, fun and sociable young man. He loved to be on-the-go, camping, fishing and any activity outdoors.