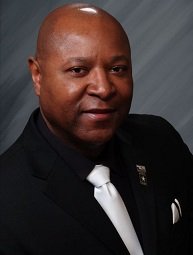 James I Manning Jr. is chair of the Oregon Commission on Black Affairs

The Oregon Commission on Black Affairs has submitted a complaint to the Oregon State Bar against Washington County Deputy District Attorney Zoe Smith for her alleged racist statements on social media.

OCBA Chair James Manning Jr. and Commissioner Robin Morris Collin said Smith made a recent posting on social media on the subject of racial profiling that was dangerous and unethical.

Because prosecutors enjoy tremendous discretionary power over individuals within our criminal justice system, it was of upmost importance to hold Smith accountable for her professionalism, the commission members said.

The commissioners wrote in the complaint that both the Oregon Rules of Professional Conduct and the American Bar Association “recognize and demand professional accountability when official acts of power are motivated by racial and religious prejudice.”