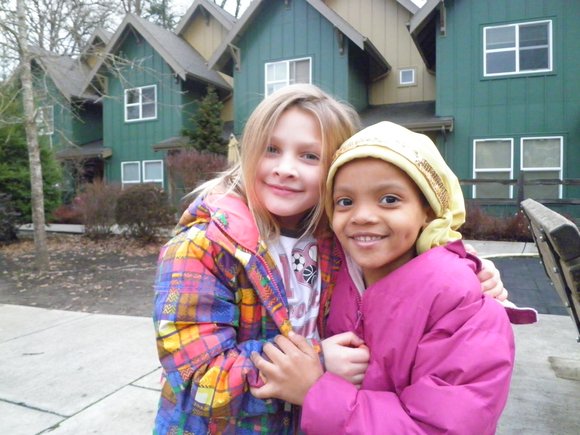 Oleson Woods provides healthy and affordable housing for families in southwest Portland, a property managed by the Community Partners for Affordable Housing.

In an effort to counteract an increasingly problematic housing crisis in Portland where soaring rents and housing costs have displaced thousands of residents, the Portland Housing Bureau has delivered its highest funding allocation to date to support the construction of affordable homes. Roughly $47 million in both local and federal funding was earmarked last week for eight proposed affordable housing projects.

The city expects the support to create 585 new affordable housing units, as well as preserving another 255 units through renovation. Of the renovated projects, more than 120 of them are specifically targeted for the lowest-income households, meaning those earning at most 30 percent of the median family income.

The bureau will be working with Home Forward, Central City Concern, Bridge Housing Corp, REACH, and the Meta Housing Corp on these projects, with developments and renovations spanning from north and northeast Portland all the way to the Hazelwood, Lents and Montavilla areas.

The projects were selected to align with a new N/NE Neighborhood Housing Strategy, “A Home for Everyone” plan to end homeless, and give priority to longtime and displaced residents under a new preference policy.

Additionally, the non-profit housing organization Human Solutions is negotiating with Portland housing officials on creating 40 affordable housing units for low income families in Gateway, as well some specifically reserved homes for families at risk of becoming homeless or who are already homeless, and refugee families.