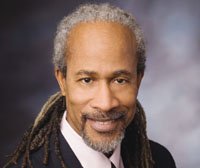 During Alexander’s leadership of the Urban League of Portland from summer 2012 through spring 2015, he made great strides in restoring fiscal discipline to the organization’s operations, reconnecting with key business and foundation partners, and re-engaging the organization’s base of supporters. The mission of the non-profit, community-based organization is empowering African Americans and other Oregonians to achieve equality in education, employment, and economic security.

During Alexander’s extensive healthcare-industry career, he served in executive roles at Regence BlueCross BlueShield of Oregon, Magellan Behavioral Health, and Aetna. He currently serves on the boards of LifeWorks Northwest, the American Leadership Forum of Oregon, the Northwest Health Foundation, and Black United Fund.

Alexander is a graduate of Lewis University and Bryn Mawr College Graduate School of Social Work and Social Research. He is a native of Brooklyn, N. Y., and relocated to Oregon in 2005. Alexander lives in Portland’s Sellwood neighborhood with his wife, Nancy, and has three children and three grandchildren.

Alexander replaces Port of Portland Commissioner Peter Bragdon. The nine-member panel sets Port policy during its monthly meetings. They are unpaid volunteers who serve four-year terms and can be reappointed for an additional term.