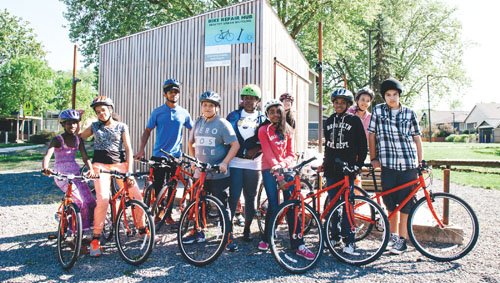 Laquida Landford, a community organizer and health worker, surrounded by kids at the Community Cycling Center’s Bike Repair Hub at New Columbia in north Portland. Landford has partnered with the center to create a bike ride addressing the deep wounds communities of color have suffered due to gentrification, with an emphasis on healing.