A Voting Rights Victory in Maryland

Almost 6 million U.S. citizens are effectively locked out of the democratic process. 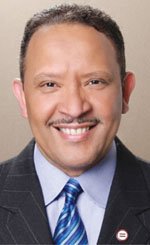 Thousands of Marylanders will regain the right to cast their ballots this election year, thanks to the state’s lawmakers.

The Maryland House and Senate recently voted to override a veto by Governor Larry Hogan to ensure that ex-offenders will automatically get their right to vote back once they’ve been released from prison.

Previously, Maryland required all individuals with past felony convictions to complete all terms of their probation and parole before their access to the polls could be restored through a lengthy and confusing process. That policy — which disproportionately impacted communities of color — was unduly punitive.

It delayed the restoration of voting rights for men and women who’d already paid their debt to society by completing their prison sentences. This kind of voter disenfranchisement must not be tolerated in a nation that professes to be governed by democratic tenets.

So as of March 10, an estimated 40,000 Maryland men and women currently on felony probation or parole will have their right to vote restored. For many of them, this will come in time to vote for local and national leaders, including our nation’s next president.

Maryland is joining 13 other states, plus the District of Columbia, in immediately restoring the voting rights of ex-offenders upon their release — plus two states, Maine and Vermont, that don’t strip anyone with a criminal conviction of their voting rights, including when they’re behind bars.

While there’s much to applaud, this victory isn’t enough. That’s because 11 states permanently bar certain ex-offenders from ever voting again.

Today, almost 6 million U.S. citizens are effectively locked out of the democratic process because of laws that disenfranchise citizens convicted of felony offenses. “These restrictions serve only to further alienate and isolate millions of Americans as they work to regain normality in their lives,” said Representative John Conyers, a Michigan Democrat who’s authored legislation that would safeguard voting rights for ex-offenders nationally.

Because of the enduring tangle of race and the criminal justice system in our nation, convicted felons disproportionately come from communities of color, effectively disenfranchising not only individuals but entire communities. Throughout our nation, nearly one in 13 African-American adults is banned from voting because of laws that disenfranchise the formerly incarcerated.

And it should come as no surprise that the states with the harshest policies just happen to be those with legacies of slavery, segregation, discrimination, and voter suppression. Just like voter ID laws, felon disenfranchisement is a tactic that suppresses voter turnout.

Among other benefits, voting promotes public safety. Civic engagement establishes a vested interest in the well-being of the communities where ex-offenders make their homes, work, and pay taxes. We’re a stronger and truer democracy when all of our citizens enjoy this fundamental right.

Denying ex-offenders the right to vote serves no real purpose other than to undermine the democratic principles on which our nation was founded.

Marc Morial is the CEO of the National Urban League.