Jury of One’s Peers? A Definite NO 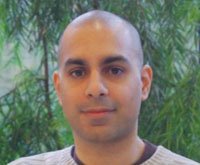 The U.S. Supreme Court in a 7-1 ruling last month issued an opinion that prosecutors purposefully and unconstitutionally excluded all potential African-American jurors from the jury in the trial of Timothy Foster, a black man, in Georgia in 1987. The all-white jury sentenced him to death.

The finding that jurors can’t be excluded from a jury because of their race isn’t new. In 1986 the U.S. Supreme Court ruled in Batson v. Kentucky that the selection of jurors by race was unconstitutional. However, while Batson made it illegal to select jurors on the basis of race, prosecutors and defense lawyers are still able to exclude jurors through peremptory challenges for any other reason other than race.

The any other reason doesn’t have to be relevant to the case at hand. Unfortunately, judges commonly accept the peremptory challenge at face value and allow the exclusion, concluding that there is no discrimination. The practice, therefore, is to strike potential jurors who are black and assert any plausible race neutral reason for the strike.

At Foster’s 1987 trial, prosecutors used four of their nine peremptory strikes to exclude all four black prospective jurors. The prosecutors claimed they struck these jurors for reasons unrelated to race.

Two decades later, attorney Steve Bright and the Southern Center for Human Rights were able to obtain the prosecution’s notes from the jury selection process. They proved to be profoundly disturbing, showing prosecutors identified black people on the list of prospective jurors with specific, multiple explicit marks. Moreover, they listed all of the black jurors as “Definite NOs.” The Supreme Court has now ruled that what happened in Mr. Foster’s case was unconstitutional and granted him a new trial.

Evidence shows all-white juries are more likely to convict and sentence black defendants more severely than a jury that is racially diverse. For example, according to studies in Washington state “when the facts of the cases are similar, jurors are three times more likely to recommend a death sentence if the defendant is black instead of white.”

What Timothy Foster’s case and the data from Washington show is that the jury selection process, especially in death-eligible cases, is heavily influenced by race and that prosecutors intentionally seek to create white juries.

This means black defendants are less likely to face “a jury of their peers.” Other examples demonstrate that our criminal justice system is deeply infected with racism. For example, jurors are typically chosen from lists of registered voters, but black people are less likely to be registered.

As the recent Racial and Ethnic Disparities Report from Multnomah County concluded, people of color are disproportionately impacted by the criminal justice system. Prosecutors are likely to exclude minorities from juries knowing that their personal experience may have caused them to distrust law enforcement.

More insidious still is that Oregon is one of two states that allow for non-unanimous jury convictions in felony (non-death) cases. This feature of Oregon’s justice system ensures that even if people of color make it through the screening process to sit on a jury, their voices can be silenced because only 10 of the 12 jurors need to find a person guilty to ensure a conviction.